Home > Other > Leonard Fournette on the Legacy of No. 7 at LSU 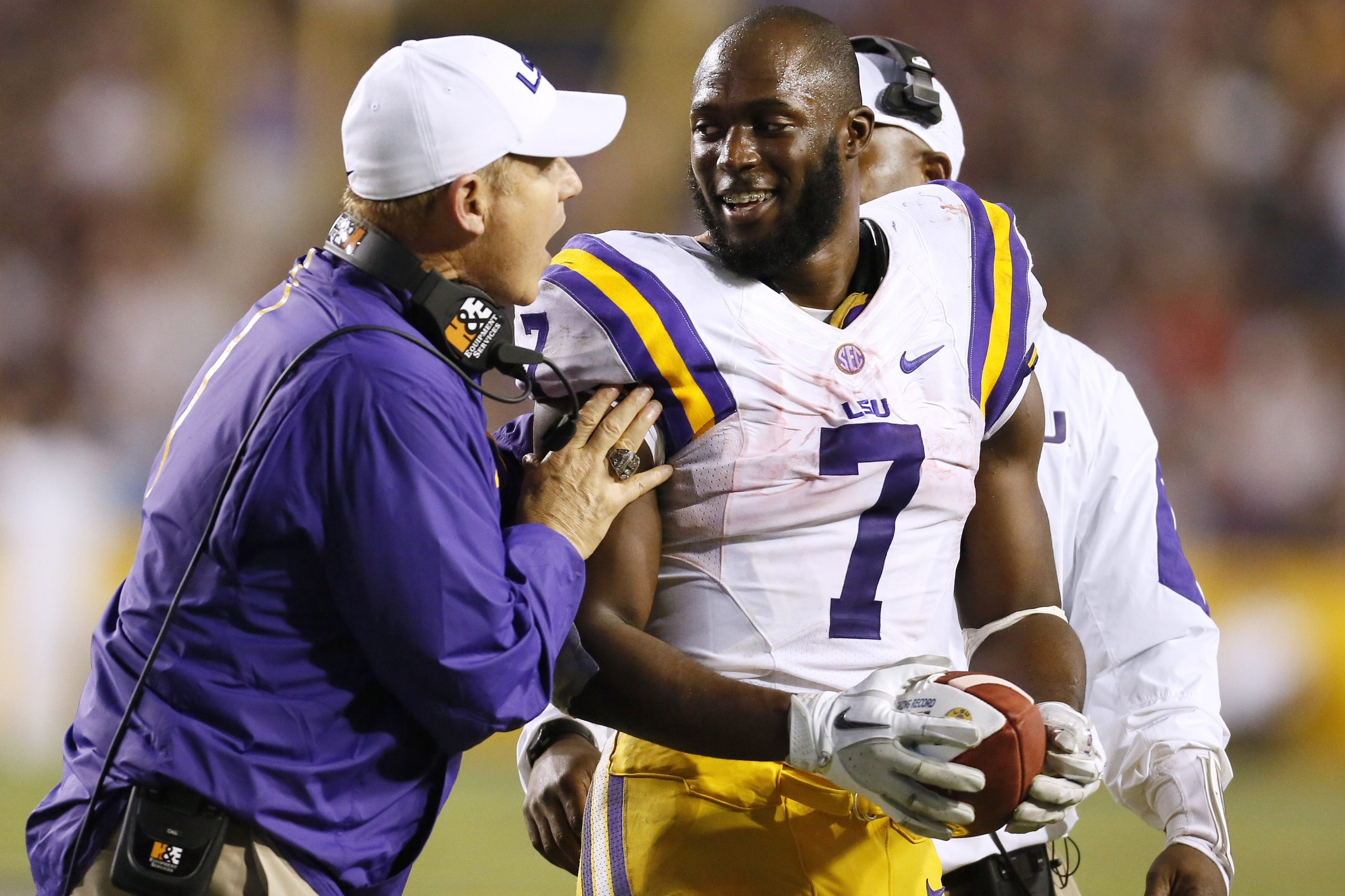 Former LSU running back and current Jacksonville Jaguar Leonard Fournette took the time to answer some questions on a short conference call with reporters. First, we asked him about what wearing the No. 7 means in Baton Rouge and if he’s been in contact with the current No. 7 Jonathan Giles.

Talk about the Legacy of 7. Have you talked to Jonathan Giles at all, and if so, have you given him any advice on what it means to wear the number at LSU?

“I haven’t talked to him, but I know the history behind the number. I always felt at LSU that No. 18 was the number. But No. 7 is the number for big-time playmakers from the program like myself, Patrick Peterson, Tyrann Mathieu. As I mentioned on Twitter, that number changes the program and there’s a lot to come for players wearing that number.”

“There’s a lot of pressure for anyone who wears that number. Everyone expects big things. I really don’t know him (Giles), but the way that LSU has been talking about him, he’s a playmaker that makes a lot of good plays. I hope he lives up to the expectations and I think he will and I think he can handle it.”

Fournette enters his second year in the NFL after leading the Jaguars to the AFC Championship game last season.