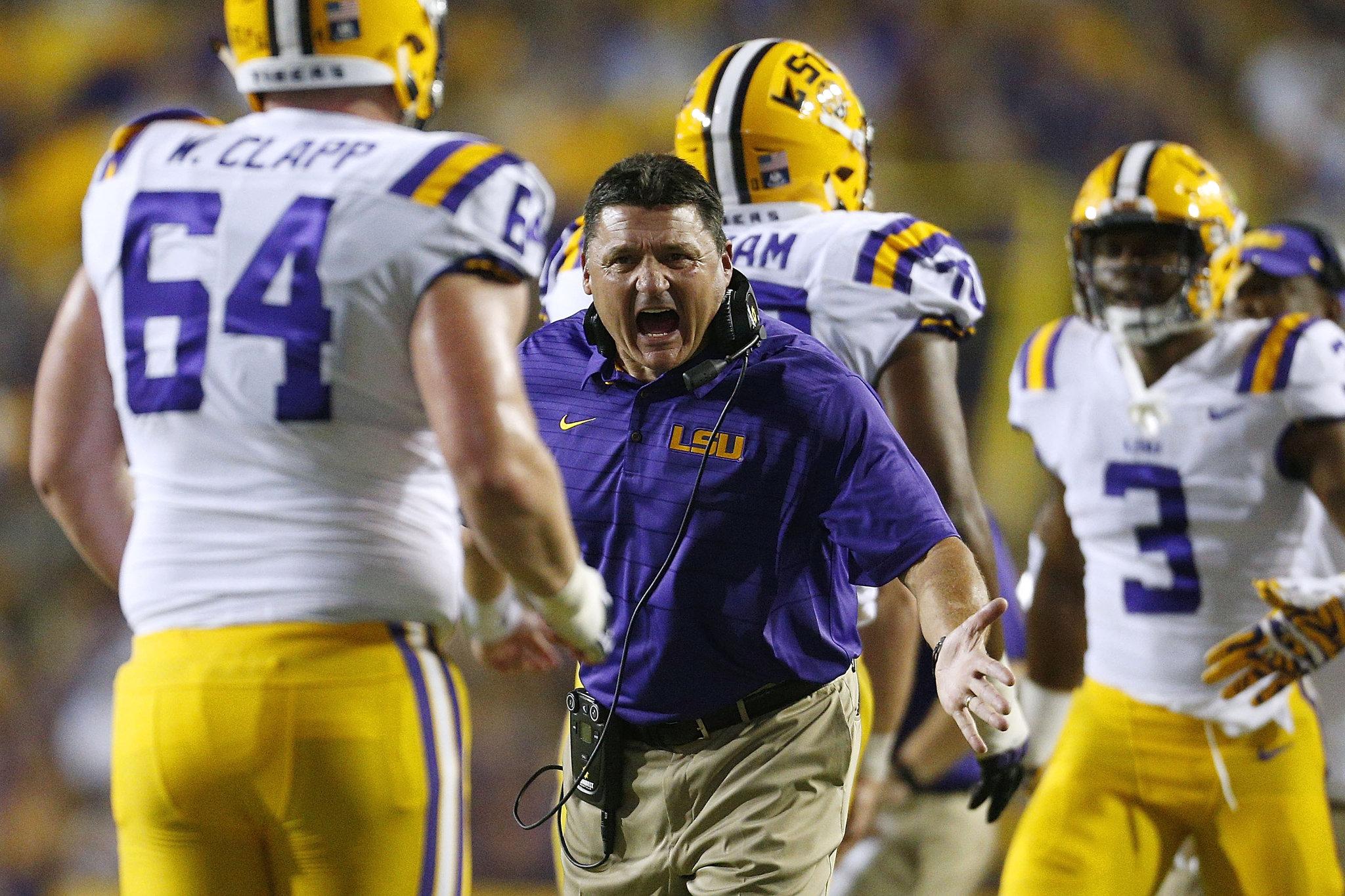 These are the words from Ed Orgeron at his introductory press conference in November of 2016. After athletic director Joe Alleva made his final remarks on LSU’s 33rd head football coach, Orgeron squeezed him with a bear hug, walked up confidently, poised and determined to change the direction of this program.

Although his words were uplifting, for many fans there was only one concern. There was one elephant (a Crimson one) in the room. How can this coach beat the team that the past one could not. Simply, for Orgeron, it started with recruiting. In order to beat Alabama in November, you must beat them in February in recruiting, and the Tigers were not doing that.

Moreover, the game in November was already lost before it even kicked off.

However, for Orgeron, it would be his first priority to make sure the top players in Louisiana stayed in Louisiana, and don’t leave for the dreaded school in Tuscaloosa. For many years prior, some of the State’s top recruits were passing up on their flagship university for Nick Saban. That’s unacceptable, gut-wrenching, and will not happen anymore, says a fired up Orgeron.

Well, looking back now as he heads into Year 2 … he’s been a man of his word.

Since that presser, Orgeron brought in nine of the top ten players in the State of Louisiana in last year’s (2018) recruiting class. As of late, Louisiana’s top prospect and No. 1 CB Derek Stingley Jr. announced he is staying home to play for the Tigers. Baton Rouge native and No. 1 OG Kardell Thomas is committed to stay home and play for Orgeron. 4-star Baton Rouge RB Tyrion Davis is joining them. And, the bulk of the Louisiana recruiting hasn’t even started yet.

You get the point. Orgeron’s “build a wall around the state” philosophy isn’t just all talk no action. It’s being put into place, and Alabama’s going to pay for it.

Recruiting in the Orgeron Era has been a success to date, and with lots of work still to be done, can become program altering with this talent-rich 2019 class.