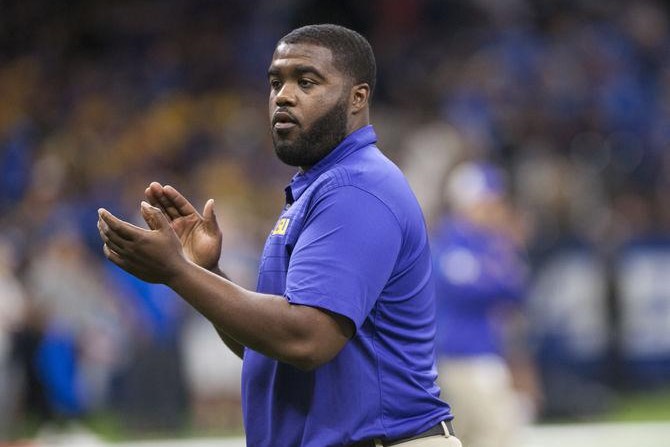 There have been rumors swirling throughout the week regarding the possibility that LSU defensive analyst Dennis Johnson could be joining Baylor’s staff as Dave Aranda’s new defensive line coach.

According to Ross Dellenger of Sports Illustrated, Johnson is indeed heading to Waco, and his salary is expected to triple under Aranda.

Johnson was seen out recruiting for LSU last night, providing some false hope for fans wanting him to remain in Baton Rouge. First reported by SicEm365.

How much did Dave Aranda want him? The 31-year-old's deal is expected to triple his old salary.