Home > Other > LSU Baseball takes two-of-three vs No. 1 ranked Florida this weekend. 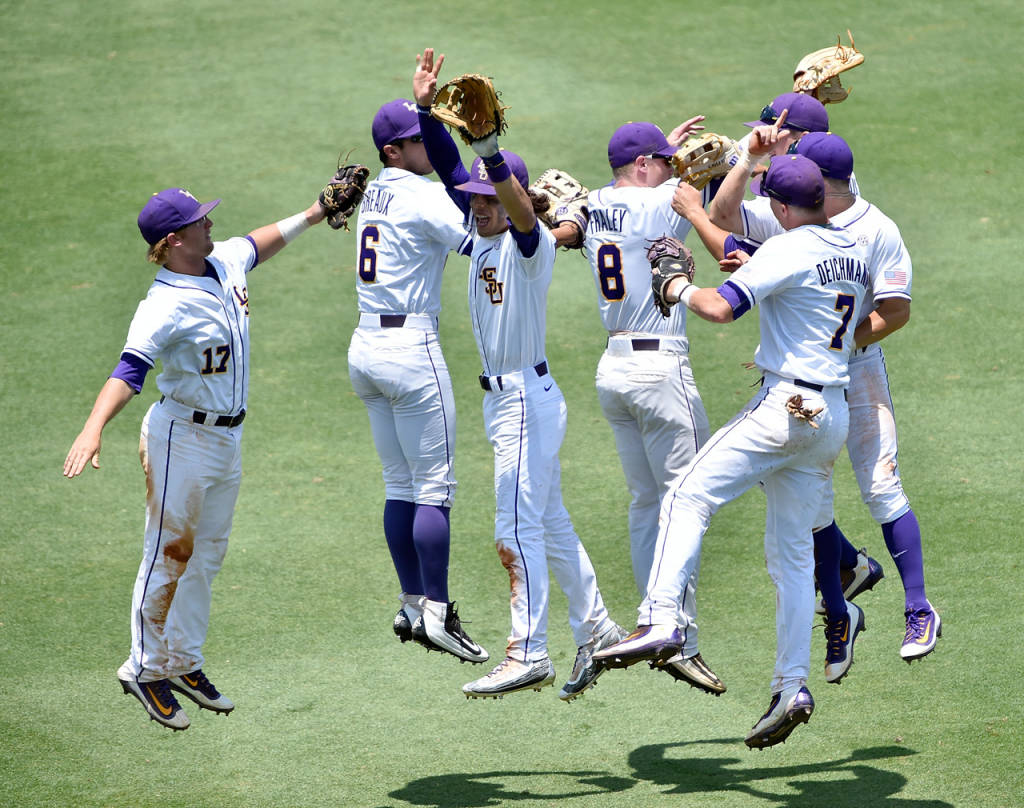 This weekend, the #RallyPossum phenomenon continued as LSU extended their winning streak to 11 games vs the No. 1 ranked Florida Gators. In game one, the Tigers won 5-4 on a game winning RBI single from Kramer Robertson in the bottom of the 8th. In game two, the Tigers were sparked due to a bases clearing double from Greg Deichmann, lifting the Tigers to a 7-3 victory. For more:

LSU is playing their best baseball of the year, at the right time. The Tigers will be the No. 5 seed in the SEC Tournament and face off against the No. 12 Tennessee Volunteers in a single elimination game on Tuesday.

In game three, the Tigers were finally overcome by the Gators. Shortstop Kramer Robertson said, “We didn’t play bad, but it’s baseball. They came out on top this game. Nothing to hang our heads about. … We swung the bat well again today against another first round arm.”

“That might be the best arm I’ve ever seen in the Southeastern Conference, and that’s saying something,” said Paul Maineri.

“There’s a lot to be proud of, a lot to build upon, but I think our best days are ahead of us.”

“When you step back, I don’t think there’s anything to be ashamed of,” said Maineri.

“We wish we would have swept, but that’s nothing to shy away from — taking two out of three from them,” said Deichmann.