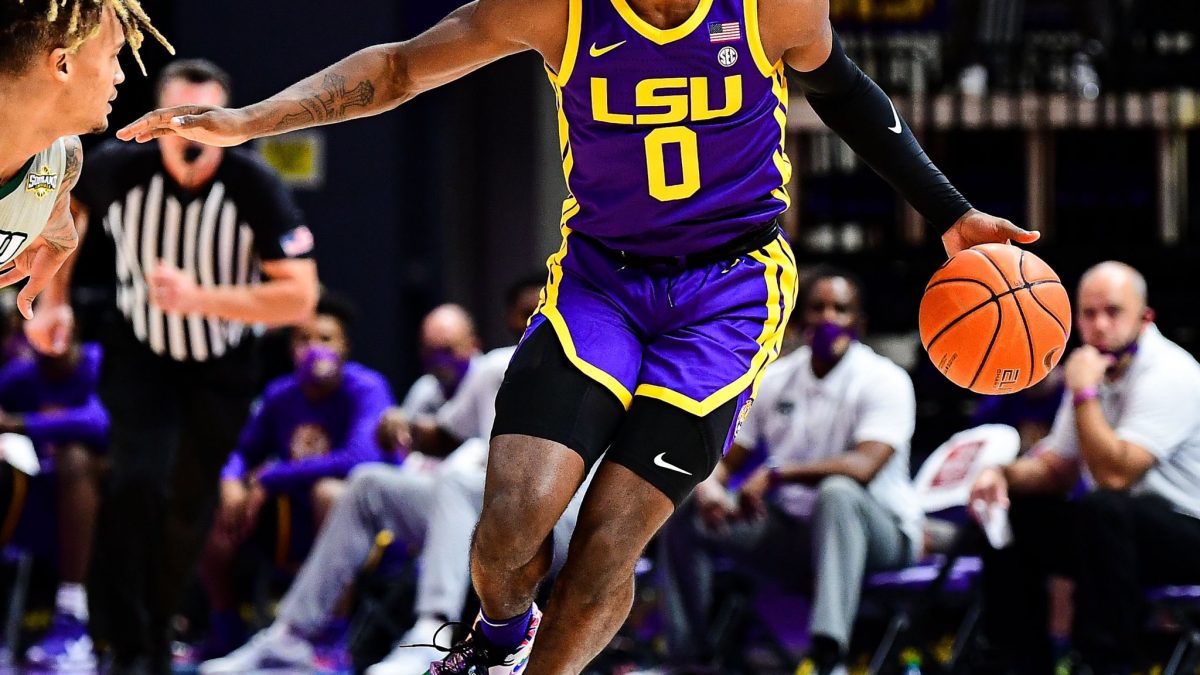 We’re only a week into LSU basketball season and two things can already be said: The Tigers have a lot to work on, but there’s no question they have the makings of a team that has the talent to make a deep run into March.

So let’s unpack some of it.

Freshman guard Cam Thomas is the truth. He leads the team in scoring through three games with 24.3 points per game. Sophomore forward Trendon Watford has shown vast improvements, too, with 19.0 points and 5.7 rebounds per game. And oh by the way, Darius Days lost some weight, is in great shape, and looks the best he’s looked in his career.

To that I say Boot Up.

On Monday night, LSU secured a dominant 96-43 victory over Southeastern Louisiana at the Maravich Center, and it was damn fun to watch. Mwani Wilkinson grabbed my attention with his 12 points off the bench, but also with his vertical. He looks like Marlon Taylor 2.0. The guy can fly.

The ???? ?? ??? ???? from LSU's win over Southeastern ?? @MwaniWilkinson hangs in the air for the emphatic putback slam ?#BootUp? pic.twitter.com/h8PHSTFgvY

Head coach Will Wade was pleased with his team’s effort, but he wants to see a better performance on the defensive rebounding front. LSU surrendered 14 offensive rebounds against Southeastern on Monday, which is something he says the Tigers have to shore up before Louisiana Tech.