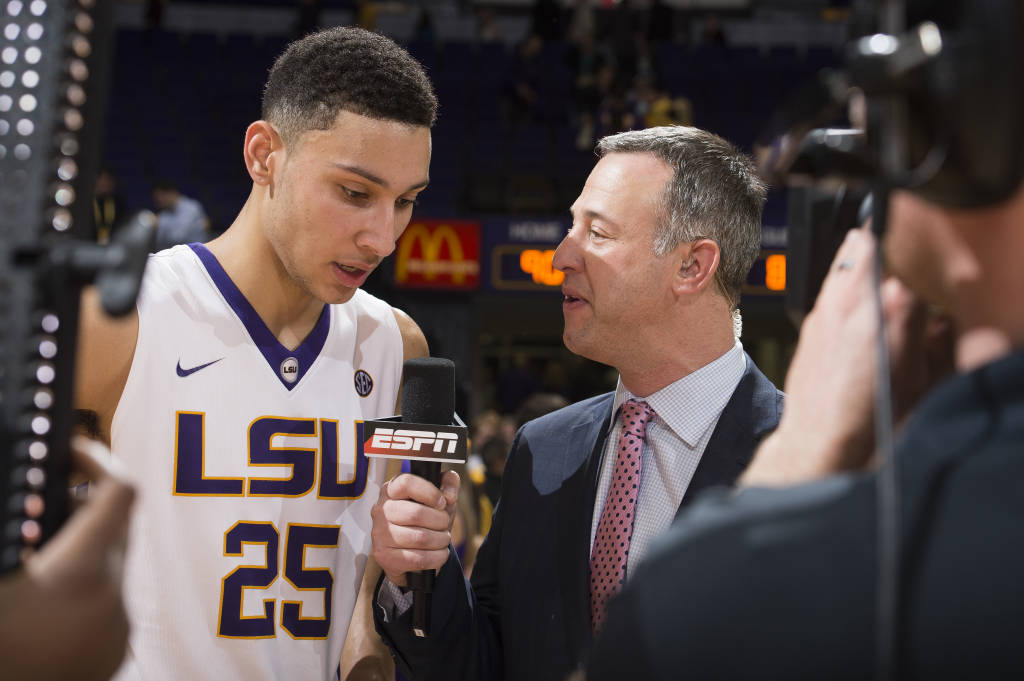 The LSU Basketball team overcame a first half deficit, defeating Ole Miss 90-81 at the PMAC. LSU shot 70.8 percent in the second half to rally past a pesky Rebel team. For more on the game:

Blakeney “stayed engaged in the game. He came in and played hard on the defensive end of the floor and allowed the flow of the game and the ball to come to him,” said LSU coach Johnny Jones.

“He did a great job down the stretch being focused, to not sit there and be tense or tight because he came of the bench.”

“He did a great job of relaxing and making necessary plays.”

Ben Simmons scored 11 of his 15 in the second half, helping LSU rally past a tough Ole Miss club.

“What a great game! It was a great bounce-back win for our guys from Saturday.”

“It was a very tough game, and to come out tonight and finish the way we did there in the end in a hard-fought battle, I’m certainly proud of our guys in the way that they played.”

“We knew it would be a tough game. Ole Miss is a tough team, sitting at 12-3 entering the game”

“To see Ole Miss go out and beat Memphis at Memphis and to win home games against Georgia and Alabama in the fashion that they did, we knew we were in for a battle tonight.”

“We are excited about they victory and thought we showed a sense of urgency and toughness down the stretch and executed at a high level.”

“What’s bigger than that is when you take Antonio (Blakeney) and give it a different look in terms of the starting lineup.”

“To not sit there and be tense or tight because he came off the bench, he did a great job of relaxing and making necessary plays.”

“It was a good all around team effort. We moved the ball more. We played as a team together and the assists showed that,” said Craig Victor.

“It was a little bit different and we weren’t used to that. We kind of made plays. As soon as they came back on the court they were ready,” said Simmons.

NEXT GAME: LSU vs Arkansas on Saturday at 7:30pm.

harrisonvalentine, 4 years ago 3 min read
Other