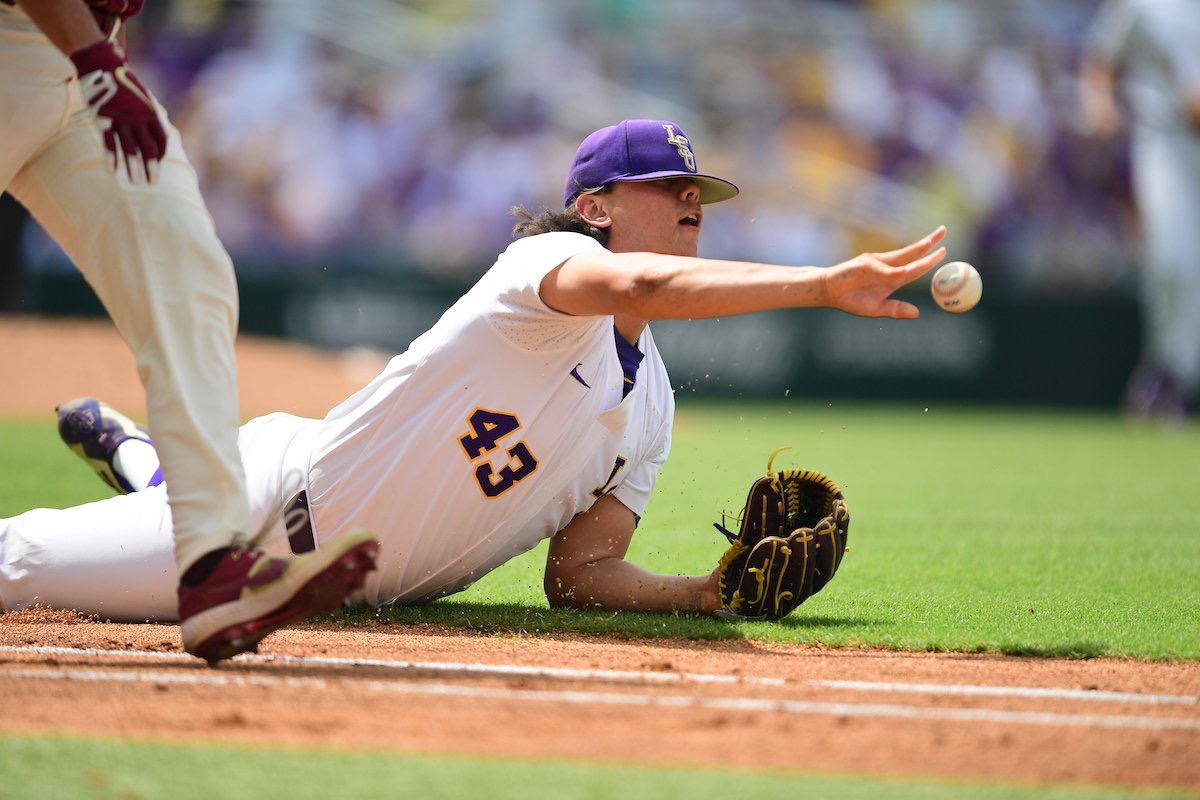 LSU had a four-run lead, playing with confidence at home in Game 1 of the Super Regionals. Then, the bullpen completely imploded and things turned bad quickly.

Trent Vietmeier gave up a three-run bomb to Reese Albert and the Seminoles would go on to capture a massive Game 1 victory. Zack Hess also entered in relief, but was extremely ineffective, giving up a four-pitch walk on his first batter and two runs.

The Tigers got 4.1 spectacular innings from Todd Peterson in relief after Mainieri yanked starter Cole Henry after just two innings pitched. Mainieri said postgame that Henry was removed due to arm soreness, which isn’t a good sign for the freshman.

“There was no decision to be made. He had to come out of the game,” said Mainieri.

The Tigers return to action, facing elimination, with Landon Marceaux on the hill tomorrow at 5 p.m. CT.