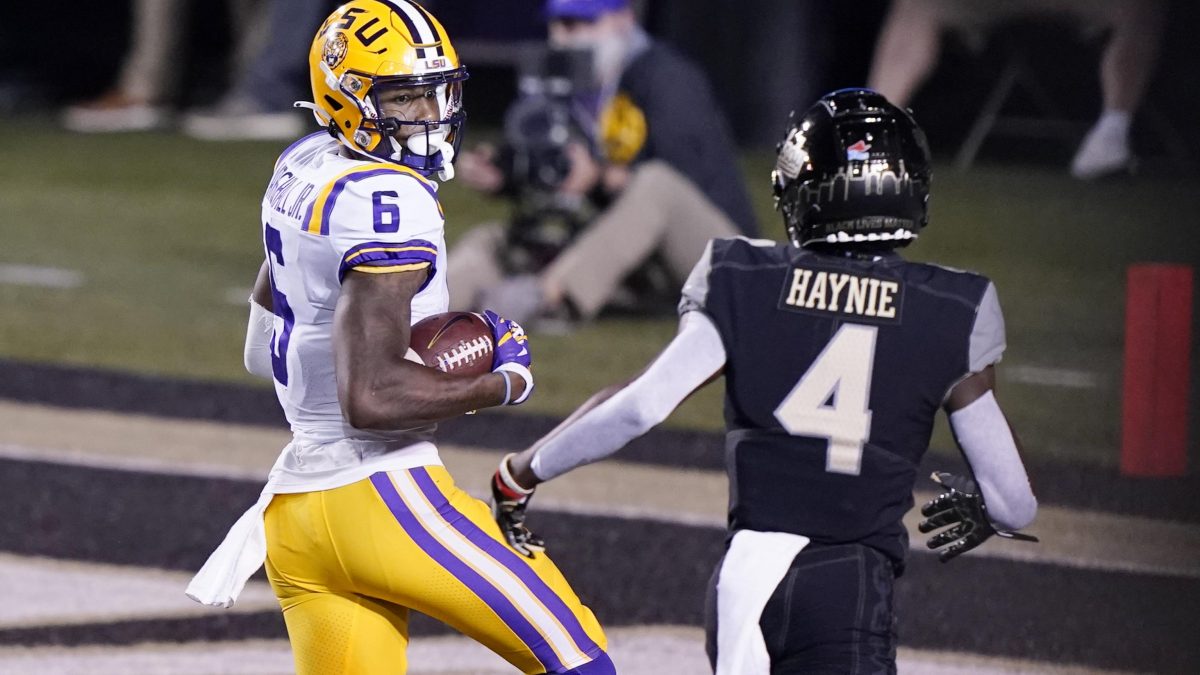 LSU bounces back against Vanderbilt behind an improved Myles Brennan

LSU quarterback Myles Brennan threw for 337 yards with four touchdowns, as the Tigers rebounded from a season-opening loss with an emphatic 41-7 victory over Vanderbilt on Saturday at Vanderbilt Stadium.

The Tigers finished with 498 yards of total offense, including a career-best 103 yards on 12 carries by sophomore running back John Emery Jr., who scored from 12 yards in the fourth quarter.

LSU improved in all three phases of the game, with the defense allowing 133 passing yards a week after giving up an SEC record 623. With the return of All-American Derek Stingley Jr., LSU totaled more than 100 punt return yards for the second time since the 2014 season.

Without being sacked, Brennan finished 23-of-37 passing for 337 yards with a pair of touchdown passes to wide receivers Terrace Marshall Jr. and Jontre Kirlin. Marshall caught TD passes of 16 and 51 yards, while Kirklin’s first career touchdowns came from 28 and 29 yards.

LSU built a 21-7 halftime lead and never allowed Vanderbilt to get back into the game in the second half. The Tigers gained 28 first downs while averaging 5.0 yards per rush.

Defensively, senior safety JaCoby Stevens had 10 of his team-high 11 tackles in the first half, while linebacker Jabril Cox added seven tackles. Stingley, who missed the season opener against Mississippi State, returned with six tackles and three punt returns for 92 yards with a long of 48.

Vanderbilt freshman quarterback Ken Seals completed 11-of-25 passes for 113 yards with a second-quarter touchdown to Ben Bresnahan which followed Brennan’s only interception of the contest. He was intercepted twice in the fourth quarter by LSU safety Todd Harris Jr. and freshman cornerback Eli Ricks, who has registered interceptions in his first two games as a Tiger.

The Tigers return to action on Saturday, Oct. 10, when the Missouri Tigers visit Tiger Stadium for an 8 p.m. CT kickoff. The game will be televised by ESPN and broadcast on the LSU Sports Radio Network beginning at 6 p.m.

Due to COVID-19 safety precautions, capacity in Tiger Stadium will remain 25 percent for the second game of the 2020 season.

LSU moves up to No. 17 in latest AP Poll