Home > Baseball > LSU bounces back to even series vs. Eastern Kentucky behind Landon Marceaux 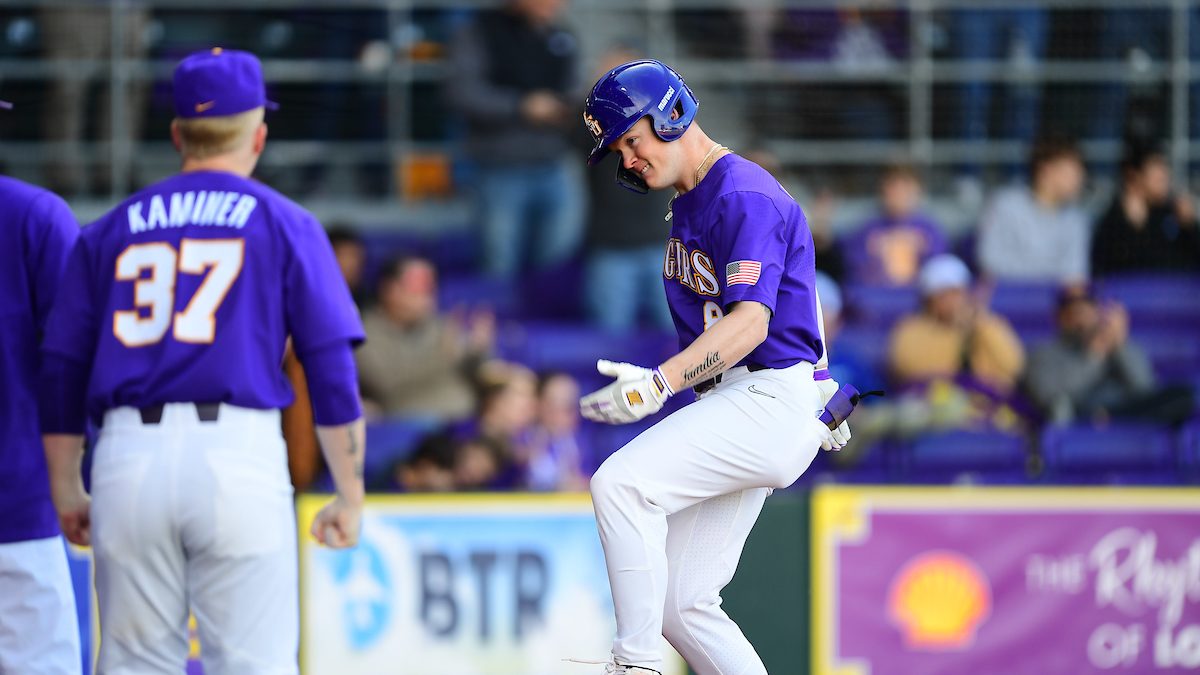 LSU bounces back to even series vs. Eastern Kentucky behind Landon Marceaux

After last night’s loss, LSU evened the series and improves to 4-3 overall on the season. The Colonels of EKU suffered their first loss, and drop to 4-1.

The series finale will take place Sunday at 11 a.m. CT on SECN+. The game will also be available to listen on 98.1 FM in Baton Rouge.

It was a great night on the mound for @Landeaux11!

He picked up his first win of the season in eight innings of work and had six strikeouts! pic.twitter.com/ePC23XQ6e1