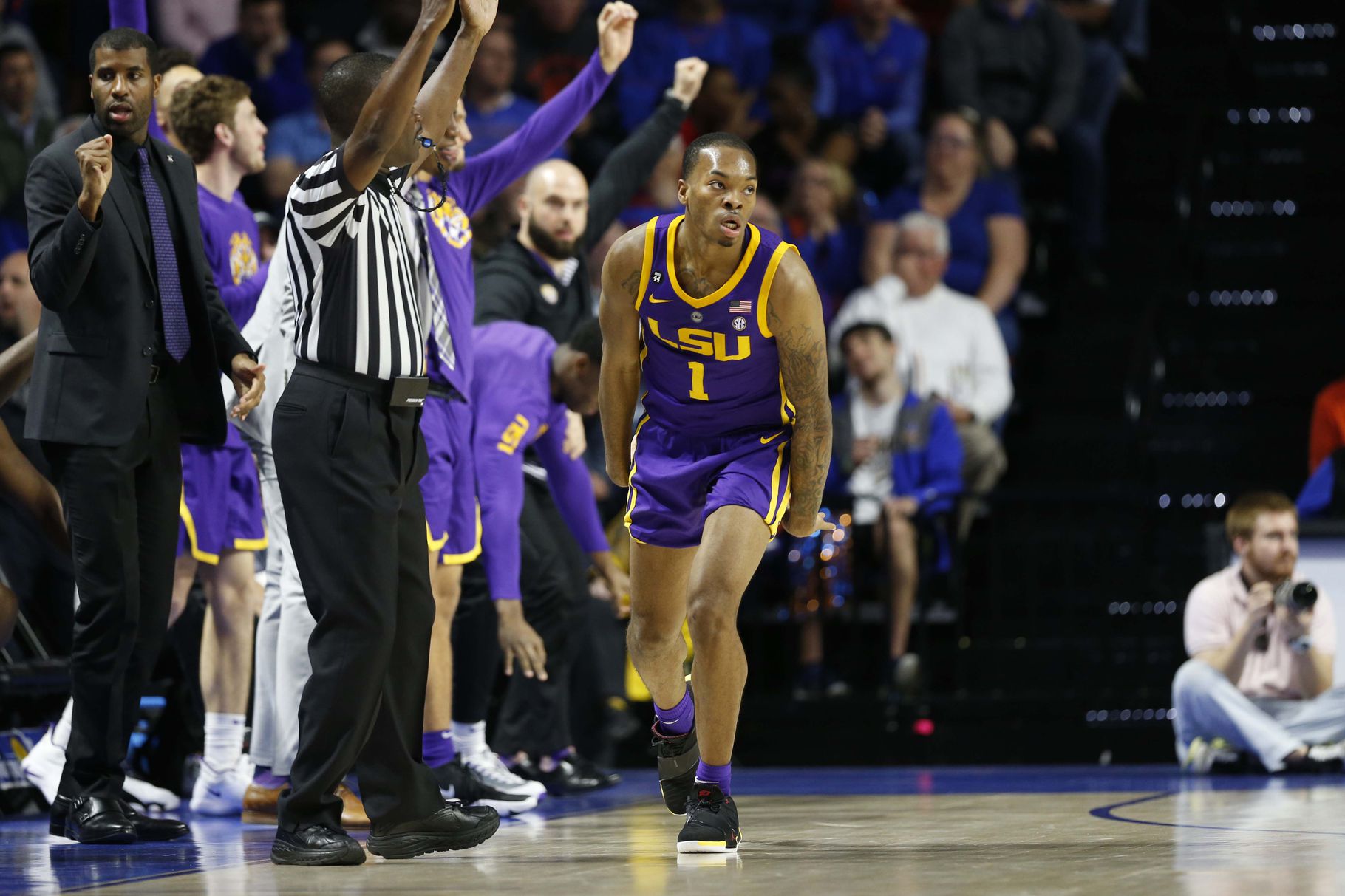 JACKSONVILLE — Skylar Mays admitted on Monday that even with his 4.1 grade-point average, he probably won’t be the smartest guy on the floor Thursday when the Tigers face off against Yale.

It would be an understatement to say this season has produced a whirlwind of emotions. LSU (26-6) is looking to put the early exit in the SEC Tournament behind them and narrow their focus from all outside noise. “There has been a lot of outside stuff throughout the year. We’ve done a good job keeping that outside once we step on the court,” said junior guard Skylar Mays.

The Tigers dropped to No. 12 on Monday in the final AP poll.

Yale (22-7) enters the NCAA Tournament as a trendy underdog after their upset win vs. Baylor three years ago. The Bulldogs are led by Miye Oni, a 6-foot-6 shooting guard and NBA draft prospect, who averages 17.6 points and 3.5 assists per game. It’s clear that Yale is a team that scores at a high rate. Their up-tempo style has allowed them to average 80.6 points per game and they don’t allow any second chances on the glass, averaging 38.9 rebounds per game.

On the other hand, LSU has feasted on offensive rebounds this season, so it will be strength-on-strength tomorrow in Jacksonville. Senior forward Kavell Bigby-Williams will likely be the difference maker for the Tigers at 6-foot-11.

Yale is 14th in the nation at 2-pointers, shooting 56.1 percent inside the arc.

The Bulldogs defeated Harvard on Sunday to clinch their fifth NCAA Tournament appearance. “[They’re] well coached. They’re very experienced. They have five who played in the tournament and we have [Kavell]. All we can control is what we do. We have to a good job of pushing the tempo and do a solid job defensively and get on the glass,” said Tony Benford.

– LSU star point guard Tremont Waters grew up a stone’s throw away from Yale’s campus in New Haven, Connecticut. He was recruited by the Bulldogs.

– Will Wade coached in the Ivy League under Harvard’s Tommy Amaker. He continues to contact the team and provide insight through his suspension.

Will Wade will not testify in upcoming NCAA trial

LSU holds on to beat Florida behind Mays and Williams