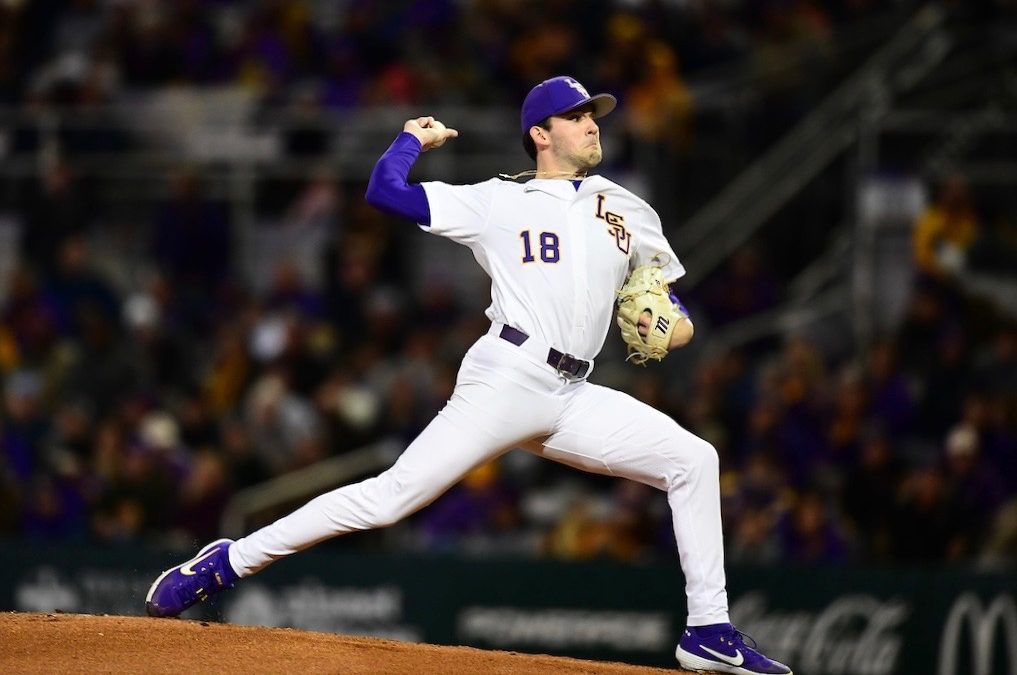 The 2020 LSU Baseball season will start in the win column as the No. 11 Tigers soundly defeated Indiana on opening night at Alex Box Stadium.

LSU (1-0) will return to action tomorrow for a doubleheader due to expected inclement weather on Sunday. The first game will start at 1 p.m. CT, and the second will follow 60 minutes after completion of Game 1.

Sophomore righty Cole Henry was masterful in his first outing, throwing four shutout innings, striking out eight batters. Freshman infielder Cade Doughty homered on his first collegiate at-bat, sending a two-run shot into the left field bleachers. Catcher Saul Garza launched a homer shortly after, and the Tigers would go on to power past the Hoosiers on eight runs to claim victory.

“Cole Henry was outstanding and got off to a great start,” said coach Paul Mainieri. “Cade Doughty’s big swing gave us the lead, and Saul Garza got into one for a three run homer. We hit a lot of balls hard, made some solid plays on defense and played a pretty good all-around game.”

You can pucker up and kiss that baby goodbye??

LSU's late comeback not enough in 88-82 loss at Alabama