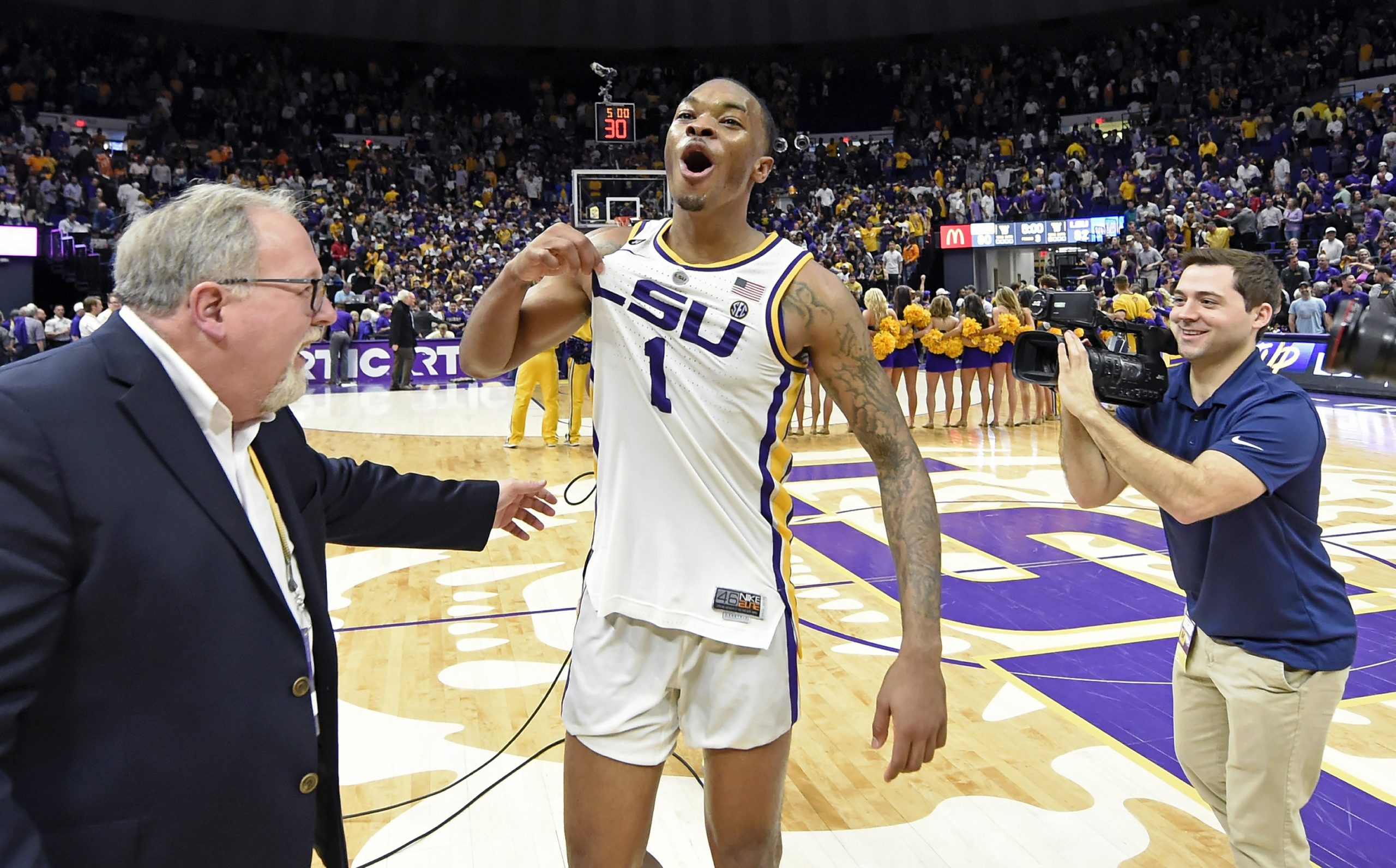 LSU got the news pregame that their star player would not be suiting up vs. Tennessee due to an ‘undisclosed illness.’ Ja’vonte Smart said no problem.

The freshman point guard from Baton Rouge put his talents on full display Saturday, posting 29 points, 5 rebounds, 5 assists and 3 steals and most importantly, the two game-winning free throws with 0.6 seconds left in OT.

“He’s everything we’re about as a program. He’s from Louisiana. He loves LSU. There’s no doubt he’s making those two free throws,” said Wade postgame.

A fired up Wade also addressed the crowd after the game from a mic at half court, telling fans: “I want to thank everybody for coming today, this is awesome. Our team lays it on the line for Louisiana. It wasn’t the best circumstances today, but we found a way and that’s what we do it Louisiana!”

In front of a rowdy PMAC, Tennessee turned the ball over 14 times to LSU’s 7.

Highlights from LSU's 82-80 win over Tennessee