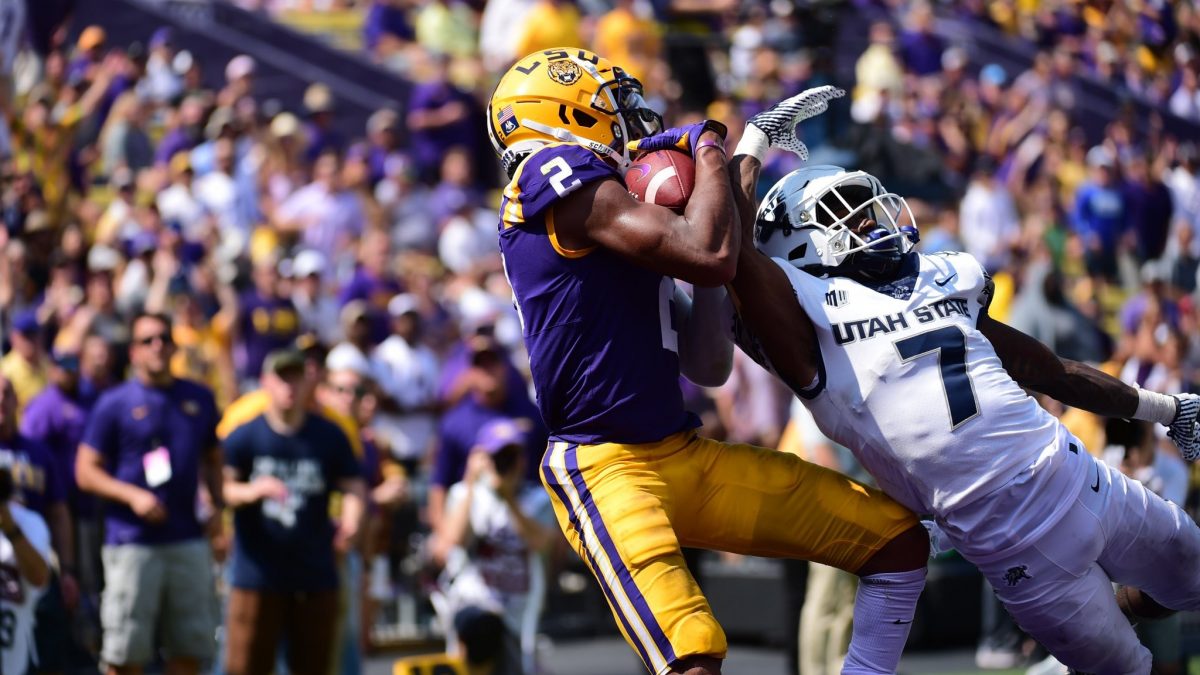 LSU played its most complete game of the season Saturday, scoring the usual 42 points, while holding Jordan Love and Utah State’s offense to 159 total yards. Playing with a whole lot of energy from start-to-finish, the defense took things personal.

Quarterback Joe Burrow finished 27/38 for 344 yards and 5 touchdowns to keep his Heisman campaign alive, but the story of today was about the defense. Linebacker Patrick Queen was all over the field, leading an energized unit with 6 tackles.

“We heard a lot of noise. I think we came and shut up a lot of doubters,” said safety Grant Delpit.

Derek Stingley, Kary Vincent and Delpit all recorded interceptions … and they had all the style points.

Utah State was just 1-of-12 on third down conversions all game. “Story of the game was third down on both sides,” said coach Gary Anderson. “We have to win on third downs and we got stomped on offense. There you have it.”

LSU’s offense emphasized the run more so today than they have all season. Clyde Edwards-Helaire rushed for 72 yards on 14 carries, while Ty Davis-Price ran for 54 yards on 11 carries and John Emery ran for 45 yards on 8 carries. Today’s drives weren’t quick, but rather slow and methodical.

“We wanted to control the time of possession,” said Orgeron. I thought our guys did a great job. We wanted to run the football more.”

Everybody Eats: The offense continued to spread the ball out to its playmakers. Today, Thad Moss caught his first touchdown, highlighting a big day with 5 receptions for 39 yards. Derrick Dillon had his best game, notching 4 catches for 42 yards and a score. With Terrace Marshall out a few weeks to injury, it goes without saying this receiving core filled the void.

The Tigers have scored the most points through 5 games in SEC history with 273. LSU hosts Florida next weekend at 7 p.m. CT in Tiger Stadium.