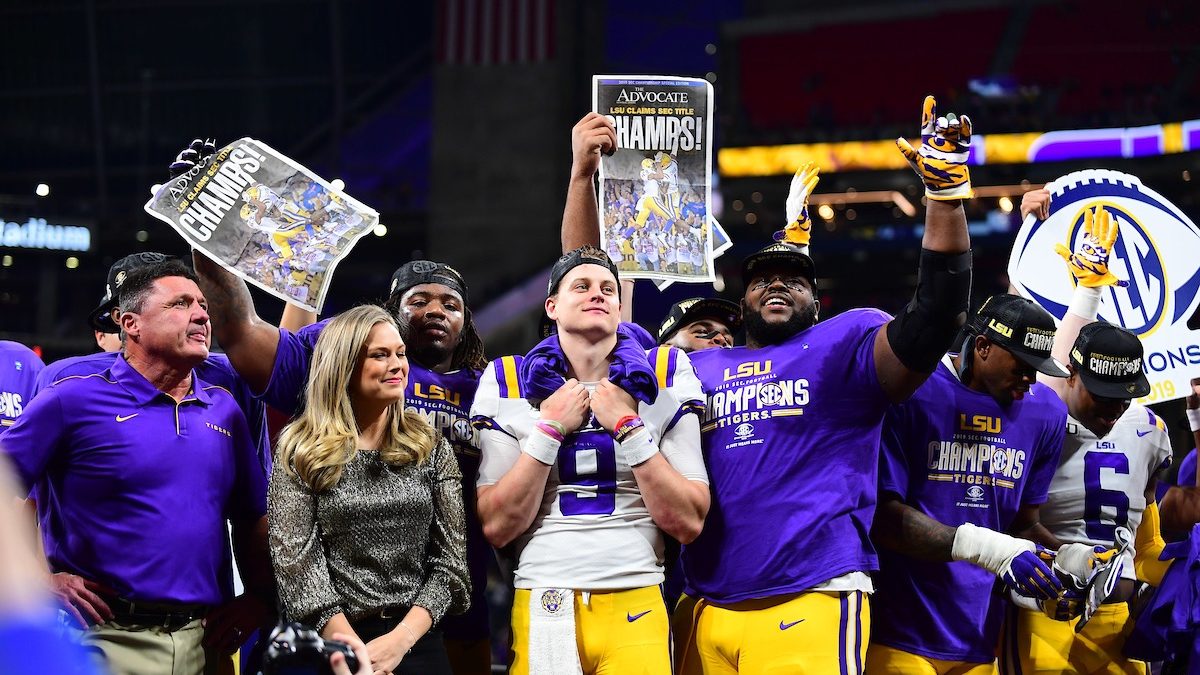 LSU took down Georgia 37-10 in Atlanta on Saturday night to capture the program’s fifth-ever SEC Championship win, giving the Tigers a tremendous case for the top seed in the College Football Playoff.

Joe Burrow and the Tigers’ offense shined like always. Burrow went 28-for-38, for 349 yards and 4 touchdowns, putting a bow on his Heisman campaign. But Saturday’s win was about the defense.  Freshman corner Derek Stingley Jr. totaled five tackles and two interceptions and JaCoby Stevens recorded a team-high seven tackles.

“He’s one of the finest corners I’ve been around,” Orgeron said postgame.

Now all eyes turn to tomorrow’s CFP Selection Show, where fans are hoping two-straight ‘complete performances’ can land LSU the overall No. 1 seed in the playoff. “We’ll play anyone, anywhere,” Burrow said on the rankings. “You can take us to Canada and we’ll play on a gravel lot.”

The LSU Tigers are 13-0 and SEC Champions! pic.twitter.com/1jhyMWe6Tp