Home > Other > LSU falls at Florida despite stellar performance from Simmons 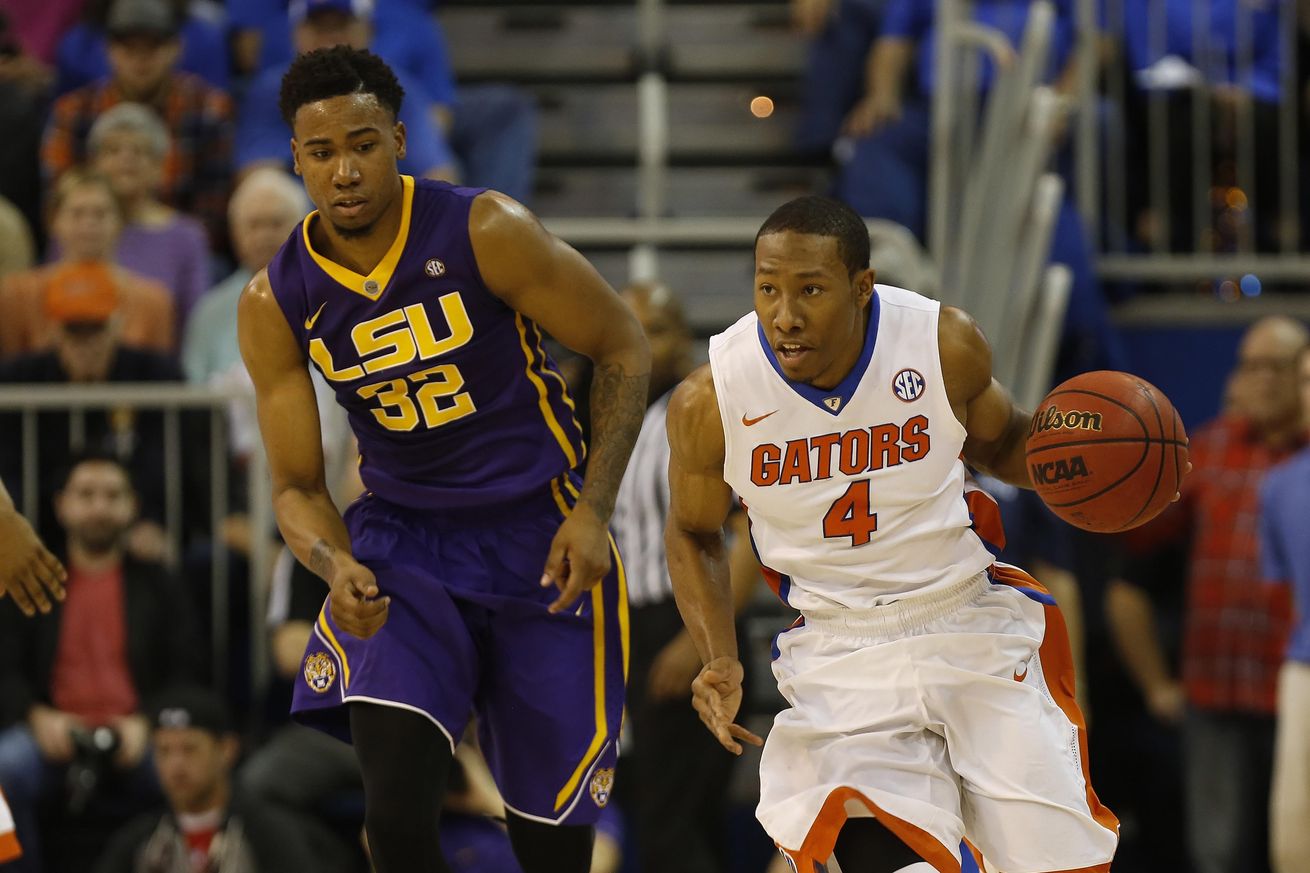 The LSU basketball team traveled to Gainesville on Saturday to take on Florida after a much-needed victory against No. 9 Kentucky. The Tigers entered the contest playing their best basketball, looking to build off their momentum. However, inconsistency has been LSU’s kryptonite this year. The Tigers started off slow and could never find their way back.

John Egbunu scored 13 points for the Gators and was also a key factor late in the game.

Simmons led the Tigers with his 11th double double of the season.

“A lot of plays down the stretch were kind of my fault,” Simmons said.

“Some of the calls were definitely not fouls. Personally, that’s what I think. But I guess you get those calls when you’re on the road.”

Tim Quartermen, who led the Tigers to victory vs Kentucky, struggled mightely vs Florida. He had to sit most of the first half after picking up two quick fouls.

“We let a few things that didn’t go our way get to us,” said Hornsby.

“And we didn’t respond in the right way. But that’s how it goes on the road.”

“We knew coming in it would be a tough game for us. Florida had a very tough loss at Tennessee and we knew coming out that they would try to bounce back.”

“They did a great job in the first half establishing the aggressiveness.”

“They created some turnovers and made it very tough for us.”

“We came back out in the second and had some great opportunities that we failed to take advantage of.”

“Unfortunately, when we cut it to one or two late, we did not execute at the level we needed to.”

“They’re a good basketball team and, unfortunately for them, they had a bad night where things just didn’t go their way in Knoxville.”

“Tonight I thought they did an excellent job. They’re talented, and tonight they played that way and executed at the level they needed to.”

“We can control how hard we play and I’m pleased with the effort, and it was going to take that type of effort just to have a chance.”

“We really didn’t know what to expect. Ben (Simmons) has played differently in different games and LSU is so dangerous.”

“I talked a lot about toeing that line in defending LSU, in terms of doing your best to slow them down collectively but not over-helping and allowing (Keith) Hornsby to add three or four three to what Ben (Simmons) is going to do.”

– Keith Hornsby was the only other LSU player in double figures with 10 points. He went 0-5 from behind the arc, resulting in his first game this season without a three pointer.