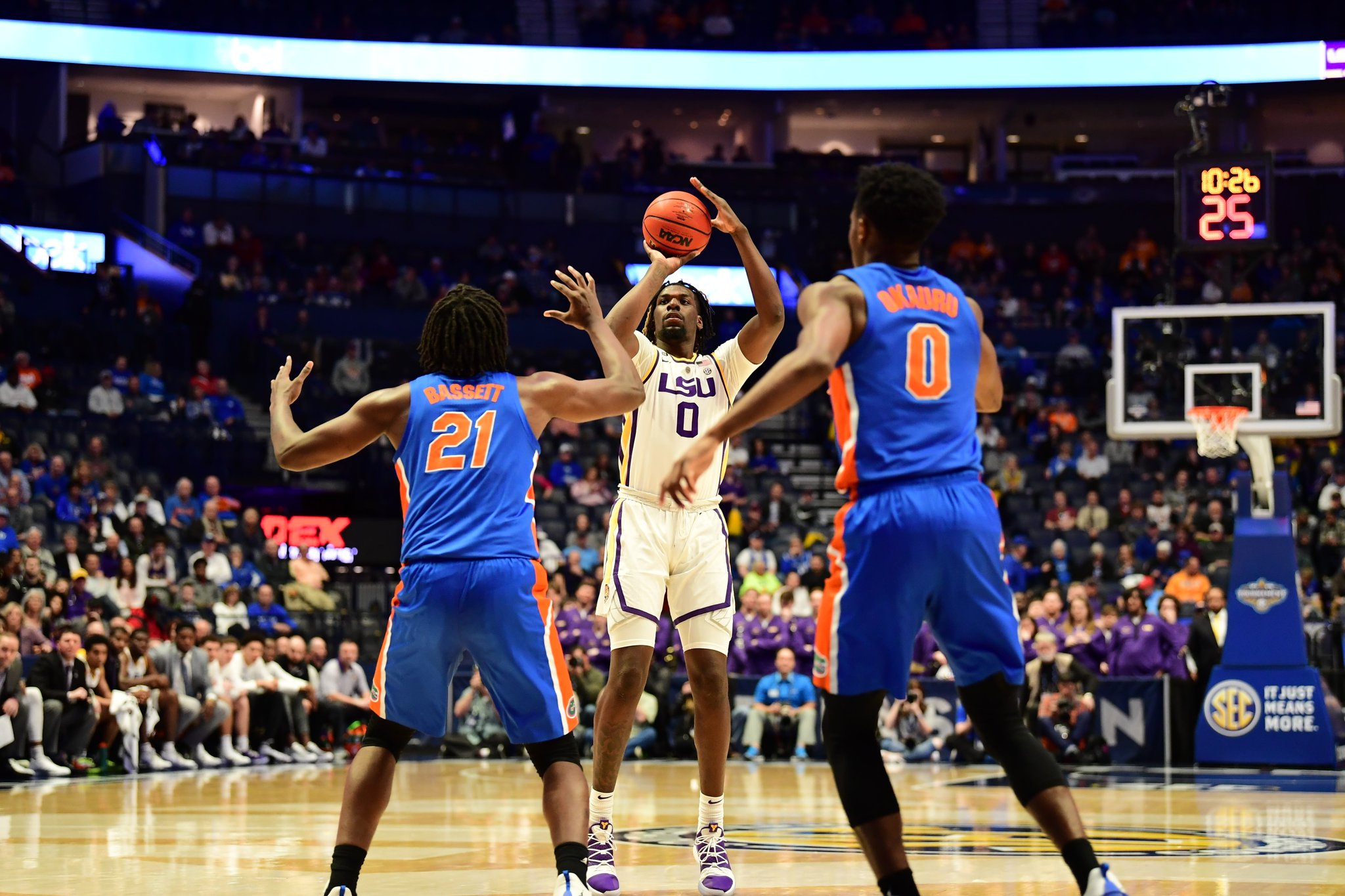 Note: This “in a rush” style Quick Gamer will be updated throughout the day.

Disappointing finish for the Tigers at Bridgestone Arena.

This feels like a broken record at this point. Florida stuns LSU in heartbreaking fashion to lift the Gators over the Tigers in the SEC Tournament quarterfinals. LSU will now await their NCAA Tournament fate on Selection Sunday.

Bracketology: LSU should land a 3-seed, if we had to guess. It seems like a 2-seed is out of reach now with this opening loss in Nashville.

To put it simply, it was a tale of two halves for both squads. LSU dominated the first twenty minutes, played with energy and headed into halftime with a 35-25 lead, even though it seemed like they should have been up much more. The Tigers’ inability to defend the perimeter, limit turnovers and get to the free throw line is ultimately what cost them their chance of moving on. The same struggles this team has had all season came back to bite them again today.

Andrew Nembhard hit an open three with 1.0 seconds left to give Florida the win. Florida also got a controversial 6-point play on an off-ball foul on Naz Reid and the officials counted a three that was took shortly after the foul was called. Then, a technical was called on Tony Benford, who was beside himself.

Javonte Smart said postgame that he had “nothing to do” with Will Wade’s wiretap situation. LSU head coach Will Wade remains suspended.

Will Wade not listed as Coach of the Year candidate

Basketball rises to No. 19 in latest AP Poll

Miscues cost No. 13 LSU at home vs. Florida