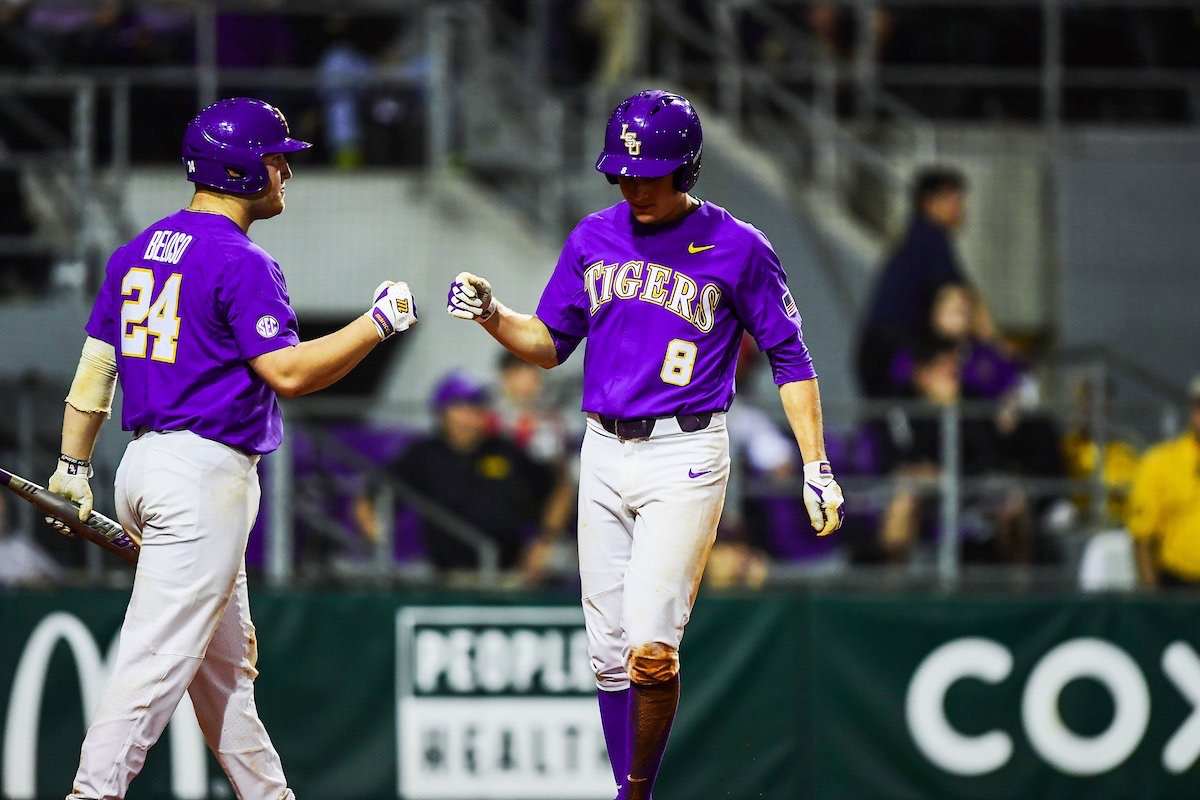 6 hours and 43 minutes later, LSU fell to Mississippi State on a walk-off single by Gunner Halter in the 17th inning. It was 3:04 a.m. CT when it happened.

Starting pitcher Eric Walker posted a subpar outing for the Tigers, but the work of Matthew Beck, Zack Hess and Ma’khail Hilliard in relief kept LSU in this game after the two-run missile by Giovanni DiGiacomo tied the game in the eighth.

It was DiGiacomo again in the top of 16th that gave LSU the 5-4 lead on a sac fly, but a fielding error by Brandt Broussard in the bottom half tied the game again. After that, it seemed like the Tigers had their chance and the air was sucked out of the balloon.

LSU will face Auburn later today in an elimination game at 12:30 CT on the SEC Network. Landon Marceaux will get the nod and Auburn will start lefty Jack Owen.