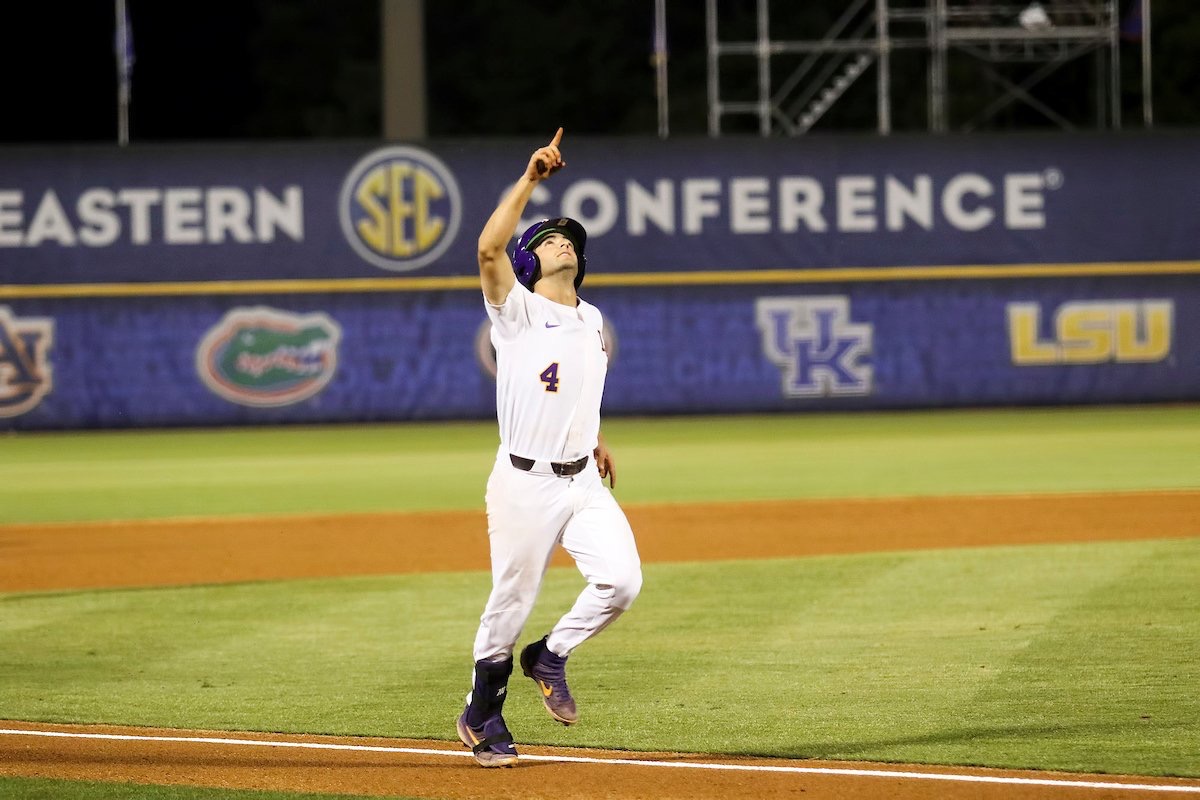 HOOVER — LSU had one goal entering this tournament and that was to secure a regional host for the NCAA Tournament. It seems like they’ve done enough to do so.

The Tigers fall to Vanderbilt, 13-4, in the semifinals of the SEC Tournament. This lopsided result was expected as LSU threw Will Ripoll and Riggs Threadgill against the top hitting team in the conference. But, the main excitement surrounded Vandy’s infamous whistler, who got into some confrontations with the LSU faithful during the game. The whistler was later asked to move while being heavily guarded by security.

Only at the SEC Tournament is a whistler heavily guarded by security.

On the field, the Commodores posted a six run sixth inning, making it 13-1. But, the Tigers would answer with 3 runs of their own to avoid the run-rule. The game was out of hand early, but the Tigers didn’t want a run-rule to end their SEC Tournament run.

Next, LSU awaits their postseason birth for the NCAA Tournament. The selection show will air Monday on ESPNU, but regional host sites will be announced a day earlier on Sunday. The Tigers are expected to earn a regional host after last night’s win vs. Mississippi State. The debate seems to not even be up for discussion anymore.

LSU isn’t leaving Hoover with a trophy, but they did what they had to do. Both D1Baseball and Baseball America now have the Tigers hosting a regional.