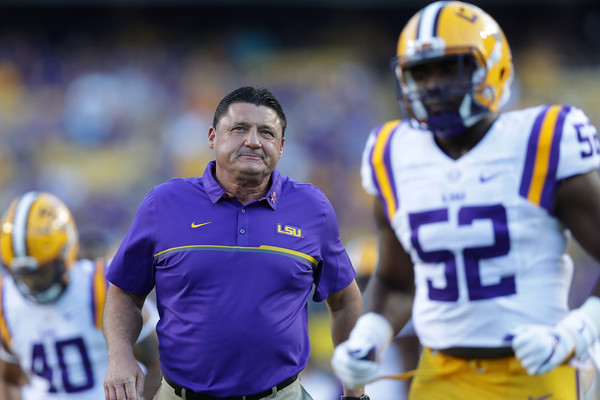 LSU and Florida have come to agreement.

The SEC announced that the game between the two teams will be rescheduled for November 19th, but not in Gainesville. Since LSU would have had to play three-straight away games, the league moved the game to Baton Rouge and have LSU playing in Gainesville in 2017 and 2018. Commissioner Greg Sanky said: “It was important for us to come to a resolution. Each university had its own set of concerns throughout this process, however existing SEC regulations did not provide an avenue to resolve conflicting issues in a more timely manner.”

LSU, who was originally scheduled to play South Alabama, canceled their matchup with them in order to fit the Gators in. SEC insurance will assist LSU and Florida in paying those buyouts of South Alabama and Presbyterian, per ESPN.

LSU AD Joe Alleva: “It was our wish to have played the game last weekend, but all options we put on the table were declined. I hope we can learn from this experience and as a league be in a better position to deal with these situations in the future.”

Here is LSU’s last five games of the season: Basketball bounces back vs. Grambling, 78-57