Home > Other > LSU set to return fantastic senior class, what this means for 2016 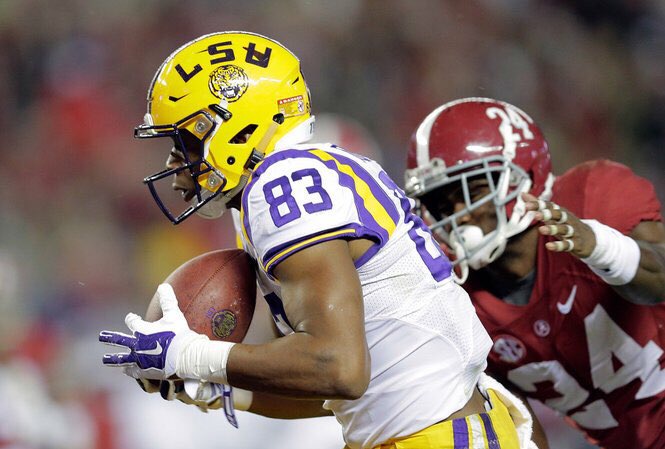 Many LSU Football Juniors had a decision to make whether they would return for their senior years, or enter the 2016 NFL Draft. In recent years, LSU’s has sent more players into the NFL than any other school, leaving a very young team behind. However, this year is different, LSU will have a somewhat experienced lineup for 2016. For more:

– Cornerback Tre’Davious White is expected to return to LSU for his senior season, per source.

White averaged 11.4 yards per punt return and had a touchdown.

– Defensive End Lewis Neal tweeted Thursday that he will return for his senior season.

Neal led LSU with eight sacks and was fourth on the team with 48 tackles.

“After evaluating and considering entering my name for the 2016 NFL Draft, I have decieded to return to LSU for my senior year to continue my education and continue to do my best for LSU Football to help compete and win a Championship in 2016,” said Lewis Neal.

– LSU WR Travin Dural indicated on Saturday that he will be returning for his season season as well.

Dural suffered a torn hamstring in a 38-17 loss vs Ole Miss, which required surgery, and kept him out of LSU’s bowl game vs Texas Tech.

“Senior year about to be on 10,” tweeted Dural.

– LSU has confirmed that offensive linemen Ethan Pocic is returning for his senior season.

Ethan recieved a 2nd-round draft grade from committe, a big reason he chose to wait until 2017. – Beckwith will be a key keeper, becuase if he were to leave early, LSU will have lost its top three linebackers from 2015 and have weaknesses in the backup position.

In 12 starts this past season, Beckwith finished second on the team in tackles with 84, and produced two forced fumbles.