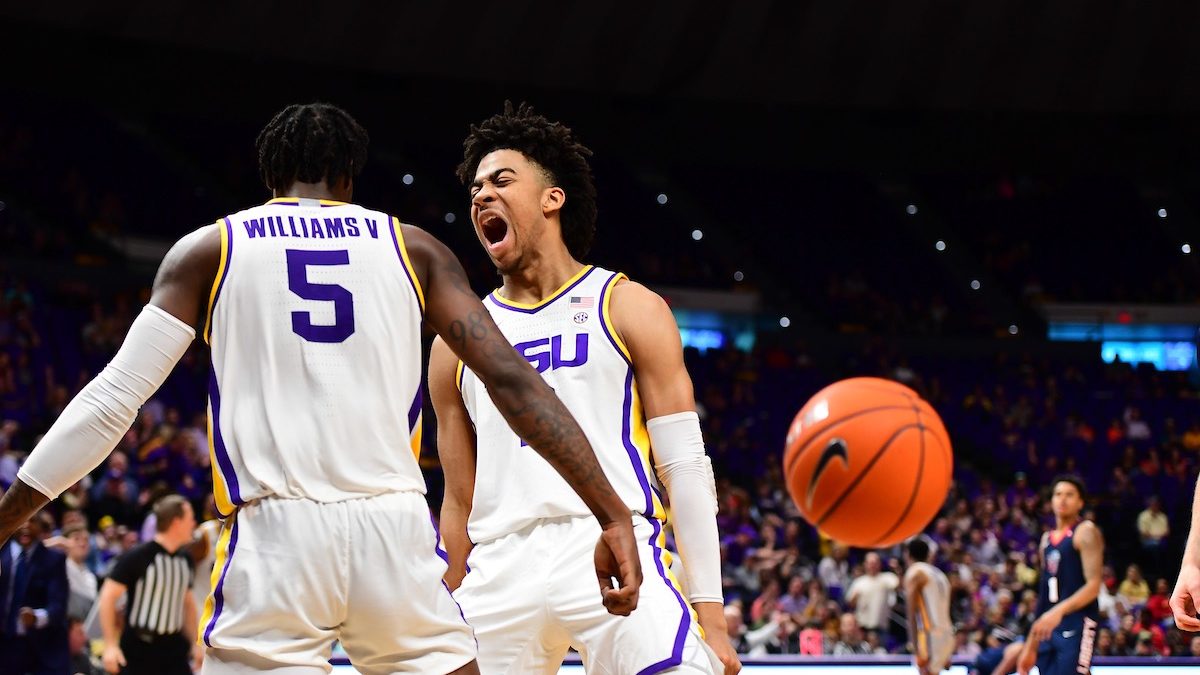 Will Wade and the Tigers may have posted their most complete performance of the season on Sunday at the Maravich Center, handing Liberty their first loss of the season in convincing fashion.

“Just a great win. I thought we did a great job of establishing ourselves in the paint being able to score 46 points in the paint against a defense as good as theirs is tremendous,” Wade said postgame. “Very, very proud of our guys.”

LSU snapped its two-game losing streak, led by sophomore forward Darrius Days, who recorded a team-high 14 points on 6-11 shooting. The Tigers had four guys in double-figures, including Skylar Mays (12), Javonte Smart (11) and Charles Manning, who scored 12 points off the bench. LSU only turned the ball over a season-low six times.

The Tigers return to action to begin SEC play on Saturday in Knoxville against Tennessee. With today’s win vs. Liberty, LSU’s non-conference slate is over.