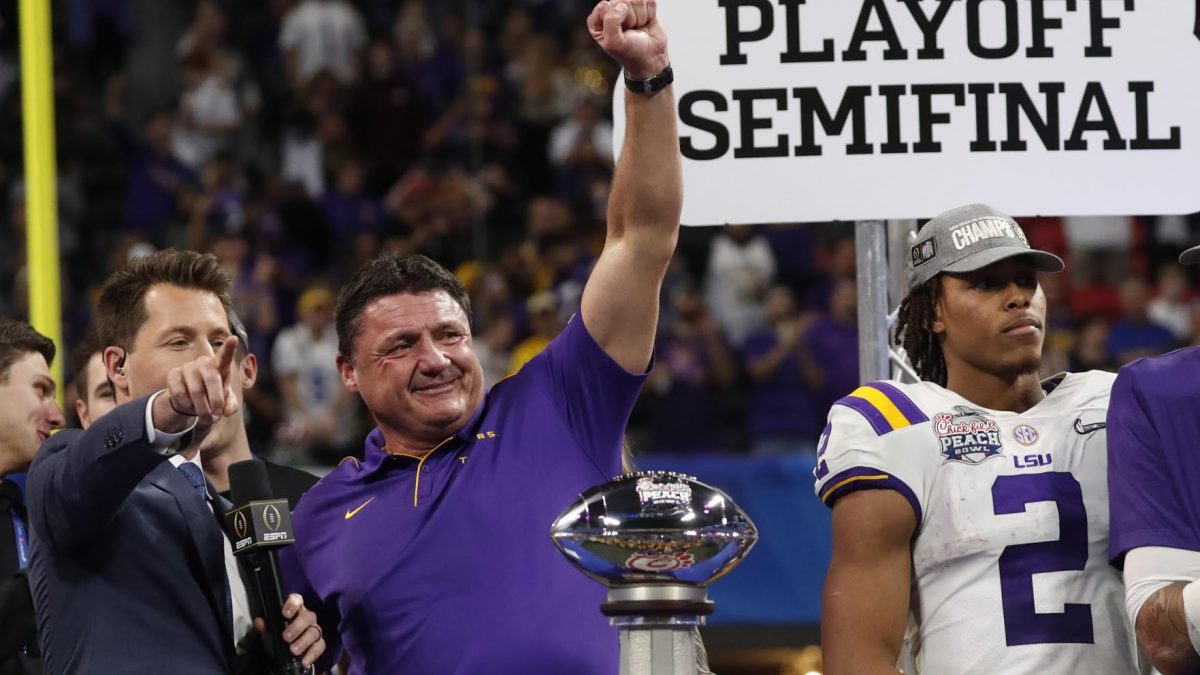 #HoldThatTiger: LSU landed a commitment on Saturday from four-star 2020 cornerback Dwight McGlothern out of Klein Oak High School in Texas.

McGlothern picked the Tigers at the All-American Bowl on NBC over Texas A&M, Georgia, Texas and others and is rated the No. 25 cornerback in the country, according to 247Sports.

While playing in today’s East-West All-American Bowl, McGlothern recorded two interceptions, one returned for a touchdown. He certainly impressed, and appears that he will fit right in to Corey Raymond’s scheme.

The 6-2, 180-pounder gives LSU 22 total commitments for the 2020 class and becomes the third cornerback in the class along with five-star Elias Ricks and four-star Lorando Johnson.

Ed Orgeron and the Tigers still have work to be done before the February signing date.