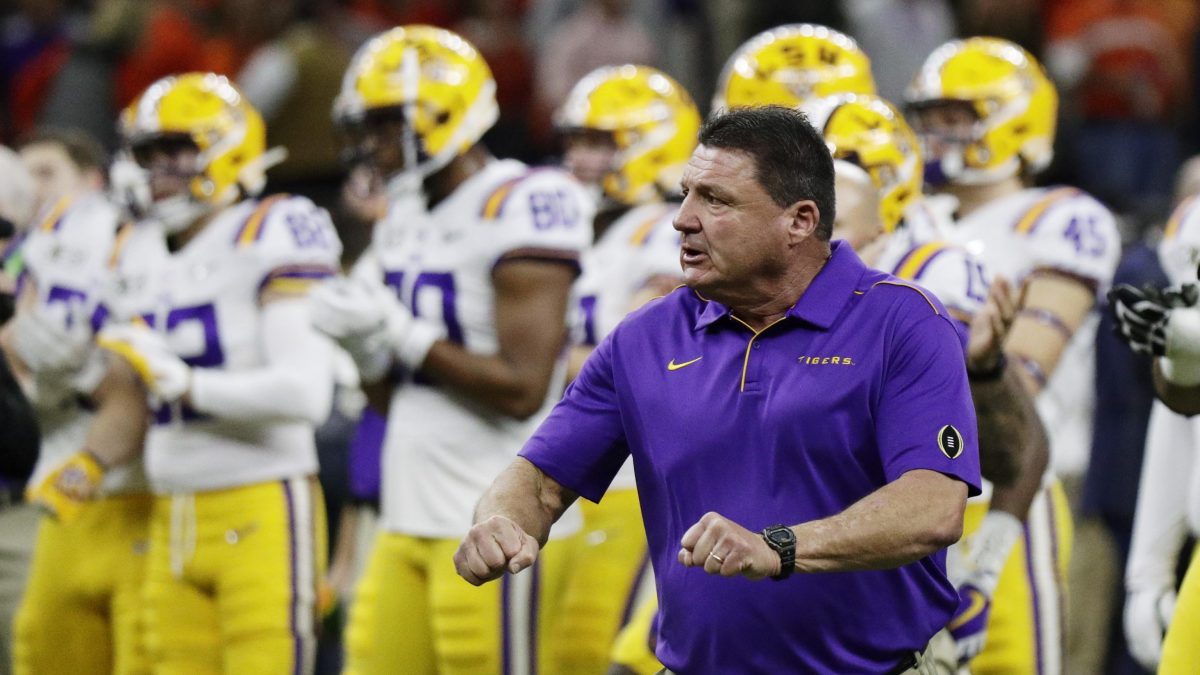 “I always wanted to further my education and football career at a place where my heart led me,” Jones wrote in his commitment post. “Where I felt like family and where my family and friends are a part of my journey. With that being said, I am committing to the LSU Tigers.”

Jones is rated the No. 19 weak-side defensive end in the country and the No. 7 prospect in the state of Louisiana, per 247Sports’ Composite rankings.

“They like his versatility mostly,” said St. James head coach Robert Valdez. “He’s tall, long and very athletic. He is a guy who can play down or can play standing up. He gives you a lot of options where you can play him at.”