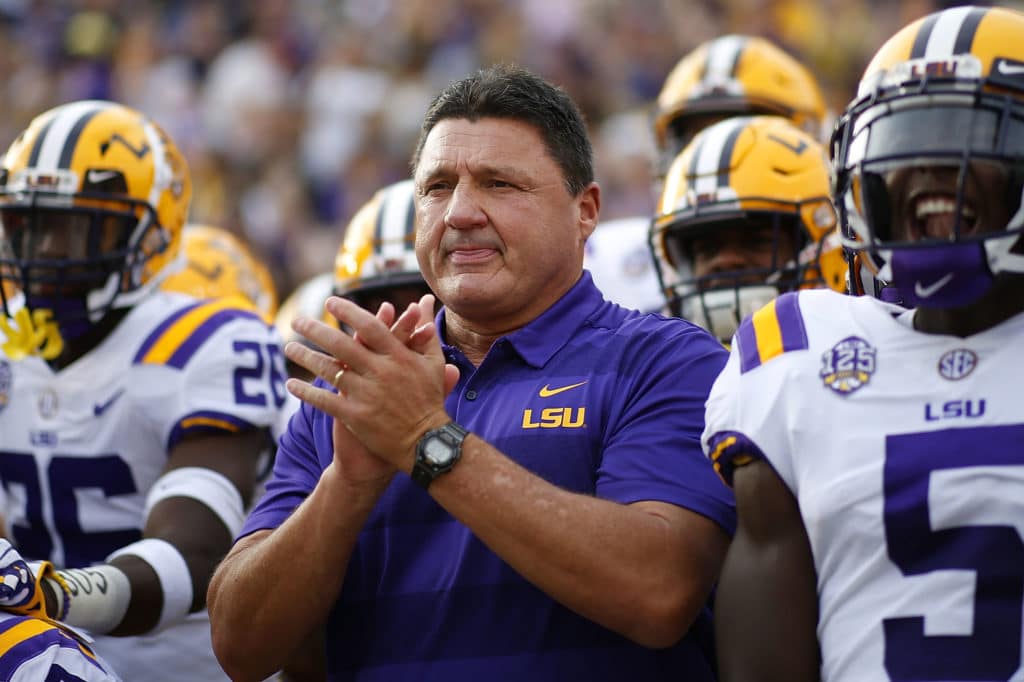 Florida is the biggest game, because, well, it’s the next game.

The Tigers have proved their haters wrong week-by-week. Whether it was every analyst on College Gameday picking Miami, or every CBS writer picking Auburn on Sept. 14, the production on the field has shut those critics up.

The most important stat?

But, now they face their next challenge. With a monumental matchup looming next Saturday against No. 2 Georgia, it’s up to Ed Orgeron and LSU to not overlook a tough Florida team, with momentum, in a hostile environment.

Joe Burrow has proved he can handle those environments. For the Gators, Dave Aranda’s defense will be the best unit Feleipe Franks has gone up against so far this season. It may be likewise for the Tigers’ against Todd Grantham’s D.

“We treat all opponents the same. [The players] understand that. This is a rivalry game. Most games have been very close,” said Orgeron Thursday.

Time to buckle up for another wild Saturday in the SEC.

Notes from 'The Ed Orgeron Show' on Wednesday