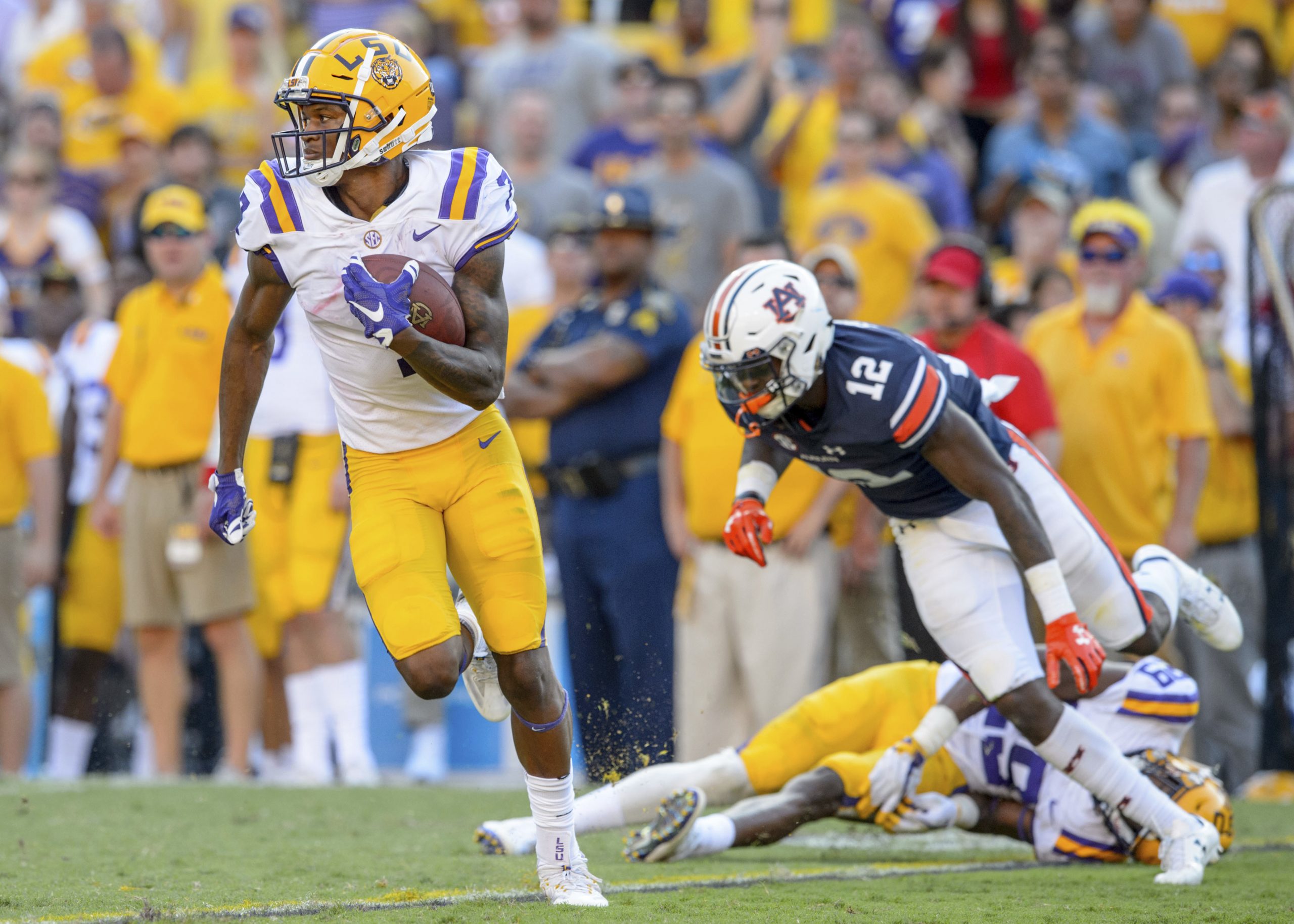 Saturday’s game in Tiger Stadium will now forever be known as “The Comeback Game,” as LSU stunned No. 10 Auburn in thrilling fashion.

Ed Orgeron and the Tigers found themselves in a deep, hopeless hole, down 20-0 in the second quarter. To put it simply, LSU was being bullied around by Auburn in all phases of the game. Auburn’s rushing attack with Kerryon Johnson flew through LSU’s defensive front like water for most of the first half … but not for long.

LSU scored before the half on a spectacular leaping grab from Russel Gage to make it 23-14, providing life and momentum for an LSU team feeling lucky to even be in the contest.

Dave Aranda’s defense pitched a perfect second half, only allowing a total of 64 yards against Jarrett Stidham and the Auburn offense. Early in the fourth quarter is when Tiger Stadium truly came alive. D.J. Chark took a 75-yard punt return to the house, cutting the Auburn lead to 23-21.

Another storyline of the game was LSU’s field goal kicking. Just two weeks after Ed Orgeron admitted the team had no field goal kicker, Connor Culp knocked through the game winning 42-yarder with ease. LSU’s kickers started the season 3 for 7, and Culp has made 3 straight since.

“The crowd was electric. Everything you dream about with LSU football,” said Orgeron in his postgame presser.

LSU’s defensive adjustments in the second half were astounding. Kerryon Johnson ran for 123 yards in the first half, then was held to only 33 in the second. After a fast start, Jarrett Stidham went 9/26, his worst statistical performance to date as Auburn’s starting quarterback. The school later confirmed that it was the biggest comeback in an SEC game since 1977.

“Dave Aranda had ice in his veins tonight,” said Orgeron.

LSU’s memorable day didn’t just end with victory. At halftime, members of the 2007 National Title team were honored at midfield, highlighted by the return of former head coach Les Miles. When Dan Borne, the public address announcer called his name, Miles held up the crystal trophy to a defining roar from Tiger Stadium and hugs from his former players.

New: LSU re-entered the AP poll today, checking in at No. 24.

LSU takes on Ole Miss next Saturday in Oxford at 6 p.m.