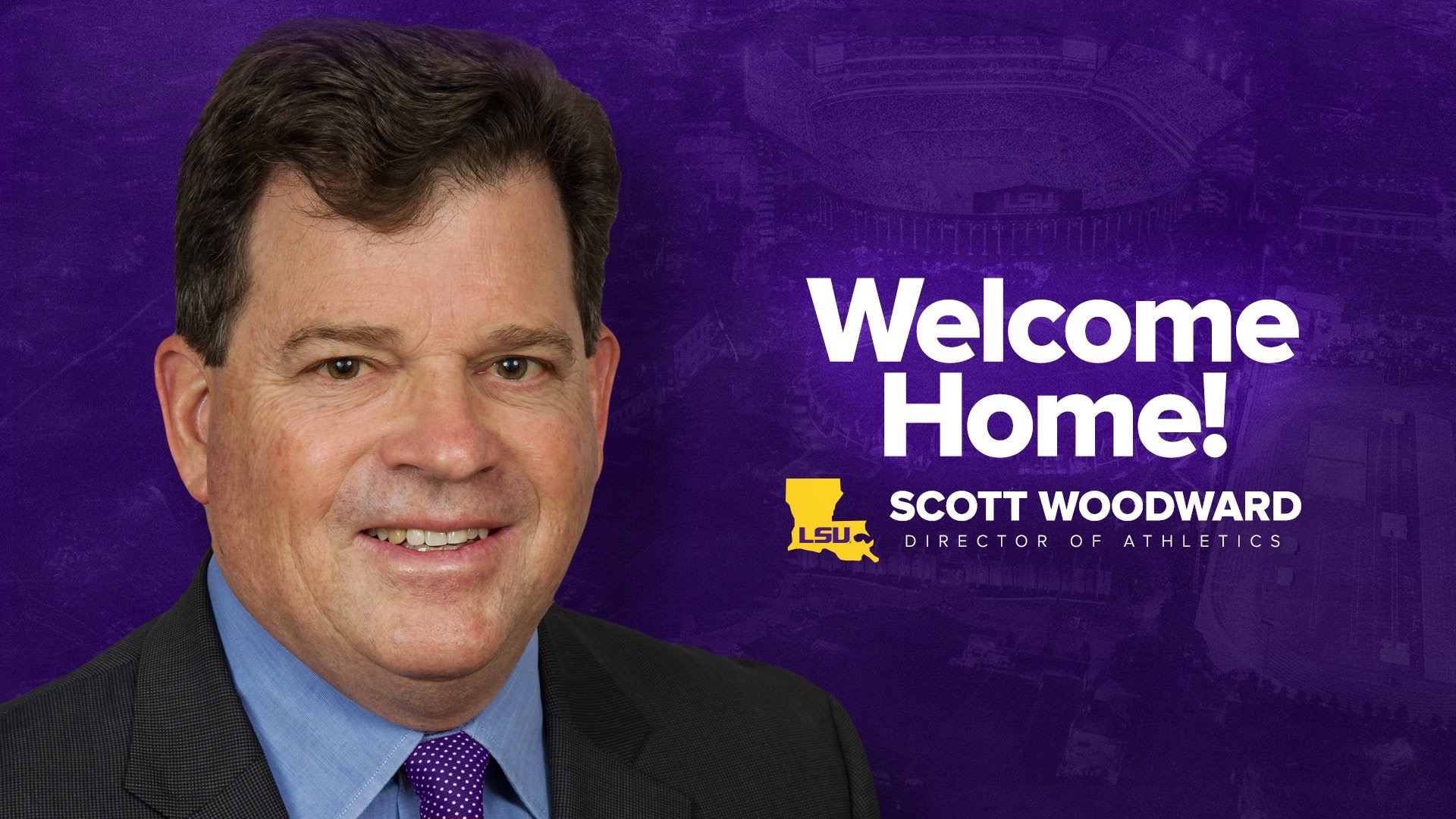 LSU officially named Scott Woodward as the 10th athletic director in school history on Thursday morning via an immediate release. See below for the full statement:

Baton Rouge native and LSU alumnus Scott Woodward was named athletics director at his alma mater today after serving in the same position for the last four years at Texas A&M University.

Woodward will be formally welcomed back home on Tuesday at a time and location to be announced later. The community is invited to attend along with members of the media.

“We are happy to welcome a fellow Tiger back home,” said LSU President F. King Alexander. “Scott brings a strong track record of winning championships, graduating student-athletes and building an infrastructure for future achievement. His leadership will take us into a new era for Tiger Athletics.”

During Woodward’s tenure at Texas A&M, every sports program participated in postseason play and the Aggies won nine SEC titles, including men’s basketball, baseball, men’s tennis (twice), soccer, women’s swimming and diving (three times), and men’s outdoor track and field. He also spearheaded the construction of a world-class track & field stadium, as well as a state-of-the-art softball stadium, in addition to renovations of the basketball locker rooms and planned redesign of the swimming and diving facility, nutrition areas and a weight room.

“Returning home to the LSU family to lead the department of athletics is incredibly humbling and exciting,” Woodward said. “The state university has been a part of my life for more than five decades, and I know – and I embrace – the high expectations of Tiger Nation. We will win championships and we will do it the right way, representing LSU with pride and dignity every step of the way. I want to thank President Alexander for the opportunity of a lifetime and I cannot wait to get started. Geaux Tigers!”

Woodward was named to the athletics director’s position vacated by Joe Alleva, who announced he stepped down from the post this week, but will remain at LSU as special assistant to the university president.

Woodward, who previously served as LSU’s Director of External Affairs from 2000-2004, served as the Vice President of External Affairs at the University of Washington, prior to being named Director of Athletics in 2008. During Woodward’s time leading the Husky athletic programs, UW captured seven national championships and multiple conference titles during his tenure.

Prior to working in higher education, Woodward co-owned a government and public relations firm in Baton Rouge and provided strategic policy direction to Fortune 500 corporations, including clients in the education, insurance and oil industries. He also worked on behalf of the Louisiana Nature Conservancy and the New Orleans Center for Creative Arts, and served on the Board of Directors of the Baton Rouge Food Bank.

Woodward earned a bachelor’s degree in political science from LSU in 1985. He is married to Nanette Dicharry and has two adult sons, Michael and Josh Evans.

The appointment is contingent upon the approval of the Board of Supervisors in accordance with their Bylaws and internal procedures.

Will Wade will not testify in upcoming NCAA trial

LSU to hire Scott Woodward as next athletic director