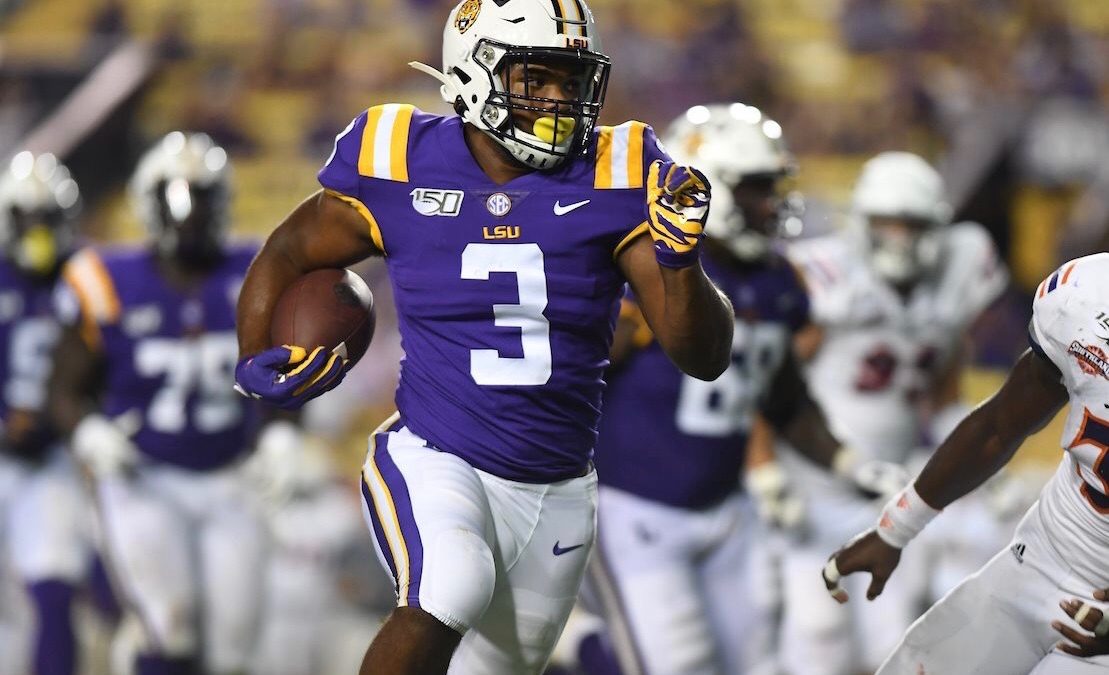 Joe Burrow and the LSU offense continued to roll on Saturday, powering past in-state foe Northwestern State after a sluggish first half. Burrow went 21-of-24 for 373 yards and 2 touchdowns, leading the offense to their third-straight 300+ yard performance. LSU’s 65 points are the most in a regulation game since 1991.

Tonight marks the 800th win in program history, a feat only 12 other Division I schools have accomplished.

The Tigers took a 24-14 lead into halftime as the defense looked uninspired and out-of-sorts. That certainly wouldn’t be the case in the second half. “We played more man because the zone wasn’t working,” said Orgeron. “We tightened up our guys in man coverage and it worked.”

Orgeron told the media he wasn’t amped up about defense at halftime, something that probably would have been the case in years past. “You know, I felt confident. I felt confident that we were going to go out there and just keep on chomping away. I didn’t raise my voice that much at halftime,” said Orgeron.

Myles Brennan would enter midway through the third quarter and he looked very comfortable. Brennan finished 8-of-9 for 114 yards.

The Tigers will travel to Nashville to open SEC play next Saturday vs. Vanderbilt.

This story will be updated tomorrow.