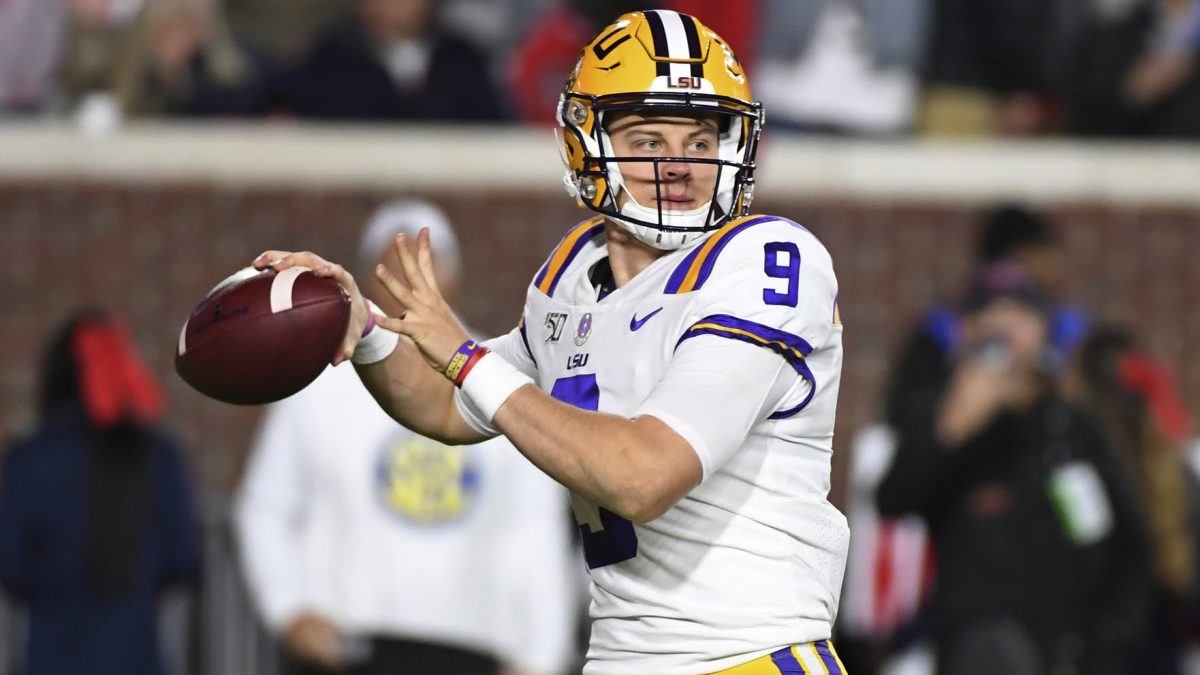 LSU will leave Oxford 10-0 after a record-setting night offensively, but tonight’s game will unfortunately not be entirely remembered for that.

Dave Aranda’s defense could not stop Ole Miss’ freshman QB John Rhys Plumlee, who became the first quarterback to rush for 200+ yards on LSU since Cam Newton in 2010.

“It’d be different if we were a bunch of scrubs and didn’t have the talent that we do have,” said junior safety JaCoby Stevens. “My expectation is high, and we weren’t even near the expectation that I have for this defense.”

In the third quarter, Stevens held a players-only meeting on the sideline, where he was visibly upset.

The offense, however, didn’t need any wake up calls. Heisman Trophy front-runner Joe Burrow and the Tigers totaled 746 yards, the second-most yards in a game in school history. It’s also the most ever in an SEC game. “Things have changed around LSU when you have 700 yards of offense and everyone is upset in the locker room,” Burrow said postgame.

Burrow broke Rohan Davey’s single-season passing record, finishing 32-of-42 for 489 yards and 5 touchdowns. At one point, he completed 17-straight passes to set another school record.

LSU didn’t punt once all game.

LSU’s senior QB wasn’t the only player to set some records in Oxford Saturday night. Ja’Marr Chase and Justin Jefferson joined Odell Beckham Jr. and Jarvis Landry as the only LSU receiver duo to reach 1,000+ receiving yards in the same season. Chase caught eight passes for 227 yards while Jefferson tallied a team-high nine catches for 112 yards and two touchdowns.

Clyde Edwards-Helaire didn’t skip a beat after last week’s performance, getting 23 carries for 172 yards (7.5 yards per carry) and a touchdown tonight. He seems to be elevating his game each and every Saturday.

LSU coach Ed Orgeron was obviously not pleased with the defensive effort tonight, but it was hard for him to complain when the team wins by 21 points on the road in the SEC. “We couldn’t stop (their run), but we won the football game. We came here to win the football game,” said Orgeron.

With the win, the Tigers improve to 10-0 and move within one game of clinching the SEC West for the first time since 2011.

Looking Ahead: LSU will host Arkansas next Saturday in Tiger Stadium at 6 p.m. CT on ESPN. The Razorbacks will come to Baton Rouge off a bye with a 2-8 record (0-6 in SEC) overall.