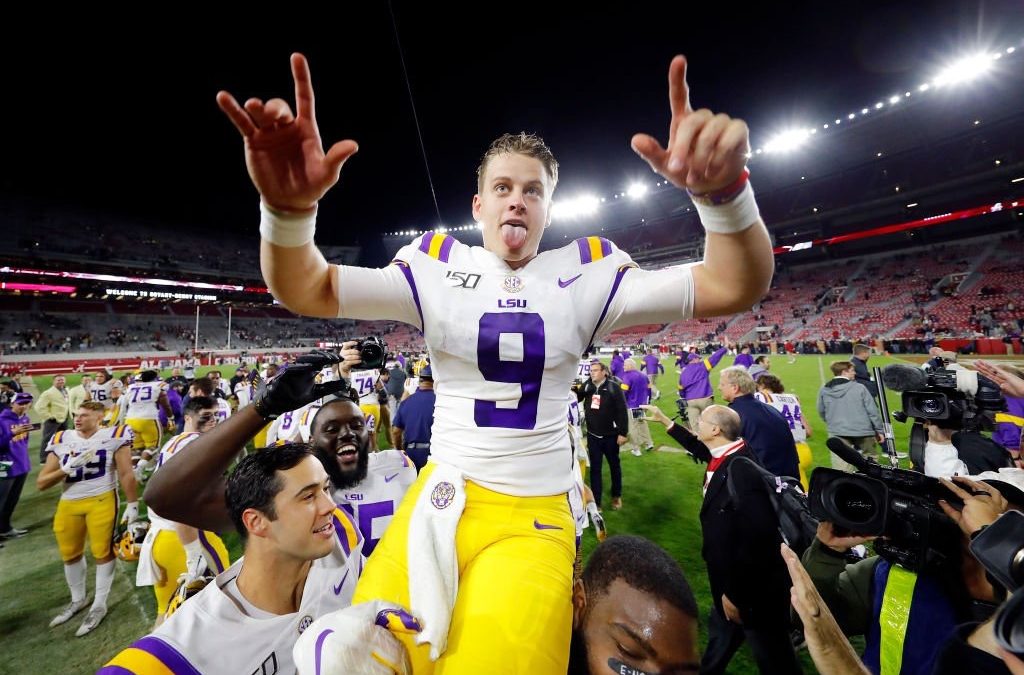 The streak is over, evil empire is dead, and tonight will forever live in infamy.

LSU ended its eight-game losing streak to Alabama with a thrilling 46-41 victory over the Crimson Tide at Bryant-Denny Stadium on Saturday night. Quarterback Joe Burrow entered the matchup a Heisman favorite, and he leaves Tuscaloosa the overwhelming favorite to win the award after throwing for 393 yards and three touchdowns. No moment seemed too big for the Athens, Ohio native. He’s a cold-blooded killer.

“I don’t vote, but if I did, I’d give it to him. I promise you that,” said Orgeron on Burrow winning the Heisman postgame.

With 2:20 left to play in the fourth quarter, Burrow kept it for a 19-yard QB run to ultimately seal the victory. It was one of many ‘Heisman moments’ for No. 9 this season, but none sweeter than that. It was a dagger that LSU fans have long been craving.

“I told the team on Monday we were the better football team,” said Orgeron postgame. “That’s the first time I’ve ever done that.”

And they were. From start-to-finish. LSU’s lead was as large as 33-13, maintaining a two-touchdown cushion for most of the contest. The Tigers never trailed.

Burrow shined on the brightest stage, but so did senior running back Clyde Edwards-Helaire, who rushed for 180 total yards and four touchdowns. “If you throw your heart across the line, your body will follow,” said Edwards-Helaire. What a career-defining performance for the hometown kid.

“I proved I’m an every down back,” he said. “I’m an SEC back. I had doubts coming into LSU: he’s not big enough, he’s not going to be fast enough. You can measure the things they see. But they can’t measure your heart.”

The Tigers’ defense had trouble containing Najee Harris in the second half, who tallied 146 yards and a touchdown, but Burrow and the offense stepped up when tensions were the highest. It’s what they do. Dave Aranda was able to get significant pressure on Tua Tagovailoa for most of the night, but even on a semi-injured ankle, Tagovailoa won a few of those battles.

But even if Tagovailoa won some battles, Burrow won the war.

The emotion was raw, because even if they told you this was just another game — it wasn’t. It was so much more than that.

With this program-altering win, LSU improves to 9-0 overall and 5-0 in conference. Next, the Tigers travel to Oxford to face Ole Miss for a 6 p.m. kick on ESPN.

An outpouring of emotion from Joe Burrow and Coach Orgeron, what a moment for LSU pic.twitter.com/vs4z7HP6hh