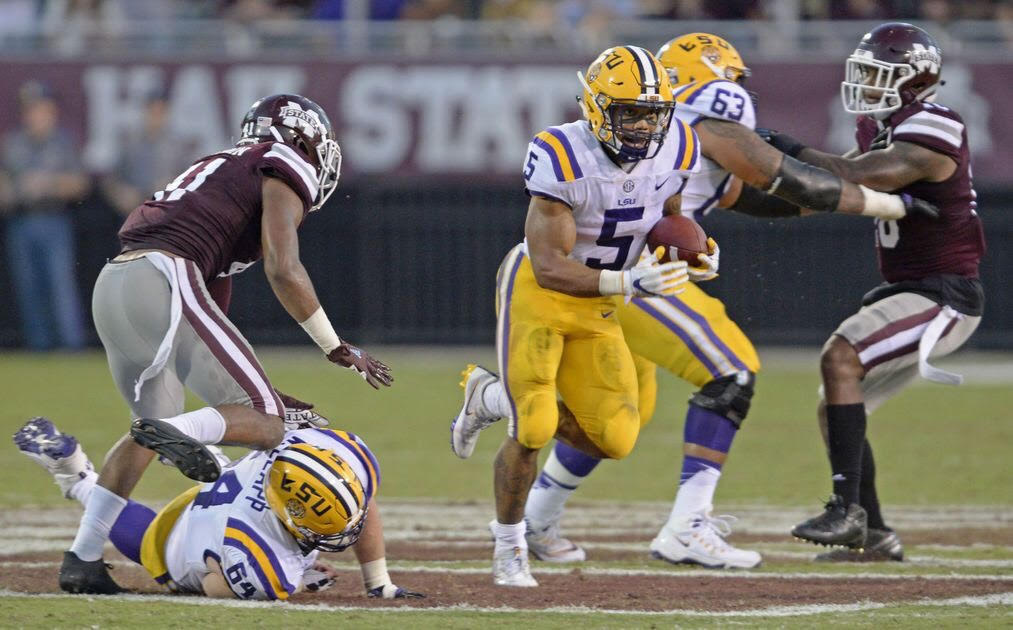 What a complete and utter disaster.

It simply comes down to this, whether you like it or not, LSU didn’t come to play tonight in Starkville. The Tigers were thoroughly out-coached by Dan Mullen and were plagued by countless (boneheaded) penalties. LSU is an inexperienced team right now that lacks discipline. Donnie Alexander and Neil Farrell were ejected from Saturday’s game for targeting penalties, both occurring one after the other in the third quarter. You would think after two straight games of penalty issues (BYU/Chattanooga) that the coaching staff would make the necessary adjustments, but frankly, the Tigers ended up committing even more on Saturday.

LSU had two touchdowns taken away from penalties, one of which was a blatant miss call from the official on a D.J. Chark catch and run. Arden Key, who was expected to play only 30 snaps, ended up having to play close to 50, as LSU’s depth at defensive line became thiner. Ed Alexander left the game and never returned with a hand injury and Neil Farrell, his backup, ended up getting disqualified.

It was just one of those nights were nothing went right. Etling made some decent throws and the receivers made drops. “It starts with me,” said Etling. “I’m going to bring a level of energy I haven’t been bringing,” he told the media. On the other side of the ball, Dave Aranda’s defense looked as poor as ever tonight and he will need to get that cleaned up before their next SEC test at Florida on October 7th.

The Tigers’ offense could get no momentum the entire night and Guice never had the breakout run we were all waiting for. The offensive line got ‘run out of the gym’ by Mississippi State’s front seven and should definitely concern Ed Orgeron’s staff.

This was the largest blowout win in the history of the LSU-Mississippi State series. LSU is No. 1 in Collegiate Baseball Preseason Poll