Home > Basketball > LSU plays most complete game of season in win vs. Alabama 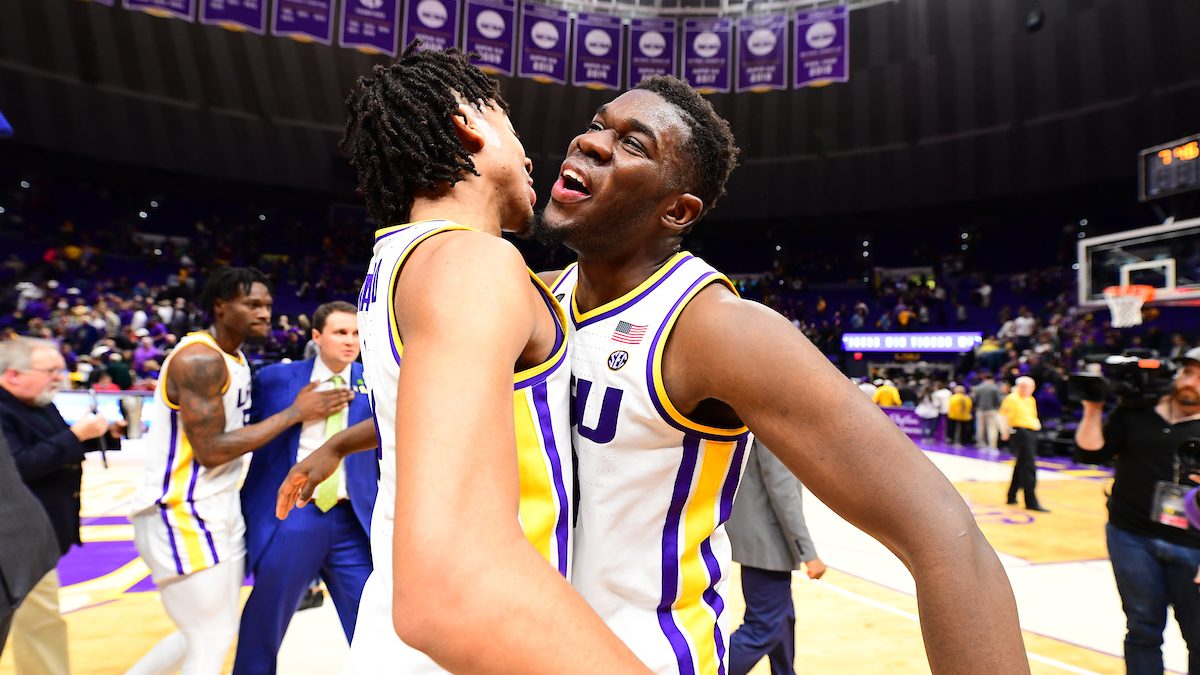 Will Wade and the Tigers defeated divisional rival Alabama on Wednesday night inside the Maravich Center, 90-76, improving to 16-4 overall and 7-0 in conference play.

“I think we’re getting better,” said coach Will Wade. “We took some lessons from the last couple of guys and improved. The first part is you’ve got to build a lead. The first half, it was slow, methodical. The second half, we made runs when we needed to.”

LSU was led by sophomore forward Emmitt Williams, who posted a 23 points and 11 rebounds. All five starters were in double-figures. Freshman Trendon Watford recorded a double-double, tallying 17 points and 15 rebounds.

Next, the Tigers return to the PMAC on Saturday to host Ole Miss for an 11 a.m. tip on ESPN2.

LSU stuns No. 5 Kentucky at the buzzer