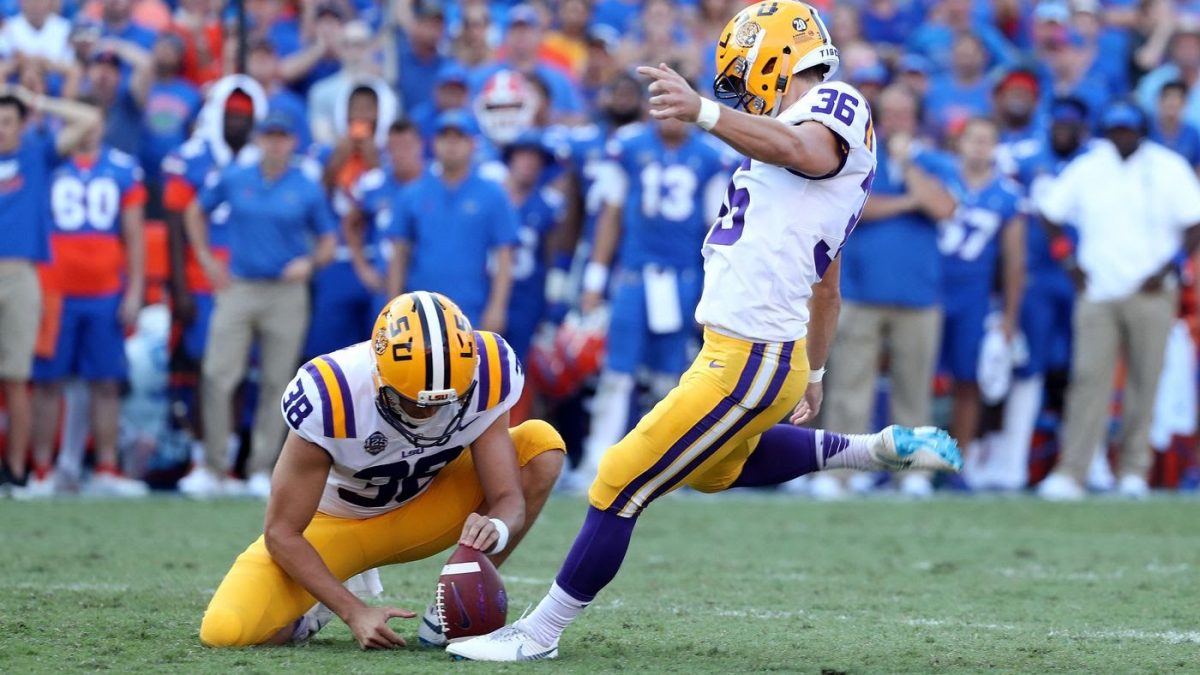 LSU’s special teams will look a little different in 2019.

With Cole Tracy gone after 1 legendary season, the kicking game will have a new face. Freshman Cade York comes into LSU’s program looking to follow Tracy’s footsteps. Obviously, being Tracy’s successor will be no easy task, but York seems to have what it takes to overcome mounting expectations for his freshman season.

The Prosper, Texas product connected on 9-of-11 field goals as a senior at Prosper High School. His longest kick was 47 yards. As a recruit, York was ranked second by ESPN nationally at his position.

York drilled a 59-yard field goal during the UA All-American Game on Jan. 3.

What happens when you hit the longest field goal in Under Armour All-America Game history?

You put on the crown and swag out in the @UAFootball All-America Game throne! ??? #UAALLAMERICA pic.twitter.com/wlTTuJ9oZm

The Tigers will also have a new punt returner with Derek Stingley Jr. The highly touted freshman will have double duty in his first season and is much needed after last season’s production with Jonathan Giles. With a generational player like Stingley, LSU’s reputation of talented secondary will continue in 2019. However, being a punt returner as well gives Stingley more playing time. The Tigers typically use a wide receiver at punt returner, but the transition to a defensive player could prove well for the Tigers. Also, letting a freshman get reps returning punts will help with his catching abilities for the defensive side. As if Stingley isn’t already good enough catching interceptions, getting returns on punts will be an effective role for him.

Losing Cole Tracy could have an impact on the kicking game this season, but the Tigers seem to be in good hands with Cade York taking over. York will be a valuable asset to this special teams unit and could be the difference in key games. For kick returns, we could see Clyde Edwards-Helaire or Justin Jefferson. LSU likes to instill running backs and receivers on the kick returns, and usually wide receivers on punt returns. But, this is a new look LSU team this season. Many changes are being made on special teams. It’ll be interesting to see the final selections once the 2019 season starts on August 31st against Georgia Southern.