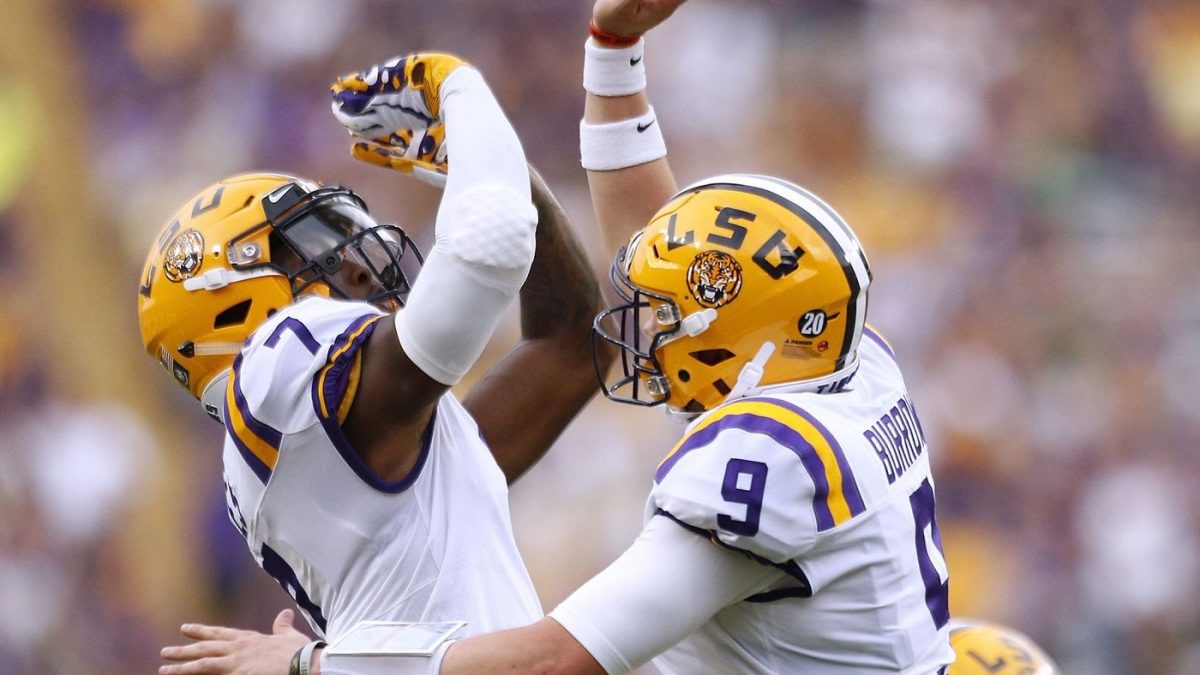 LSU held their second and last preseason scrimmage in Tiger Stadium this afternoon and it was dominated by both quarterbacks.

Senior QB Joe Burrow went 14-of-24 for 116 yards and two touchdowns, while redshirt sophomore Myles Brennan went 13-of-24 for 260 yards and a touchdown. “Lot of great things went on. Having Joe Burrow back, the offense looked great,” said Orgeron post-scrimmage.

“We got two quarterbacks that can go in the game right now and win it,” Orgeron said.

Freshman K Cade York went 7-of-8 with a long 51-yard field goal for the second-straight game.

Orgeron also mentioned that Kardell Thomas is getting surgery on his leg. He is “probably” out for the season, but Orgeron doesn’t know yet because he hasn’t heard the final result.

LSU players, coordinators meet with the media Tuesday in Atlanta