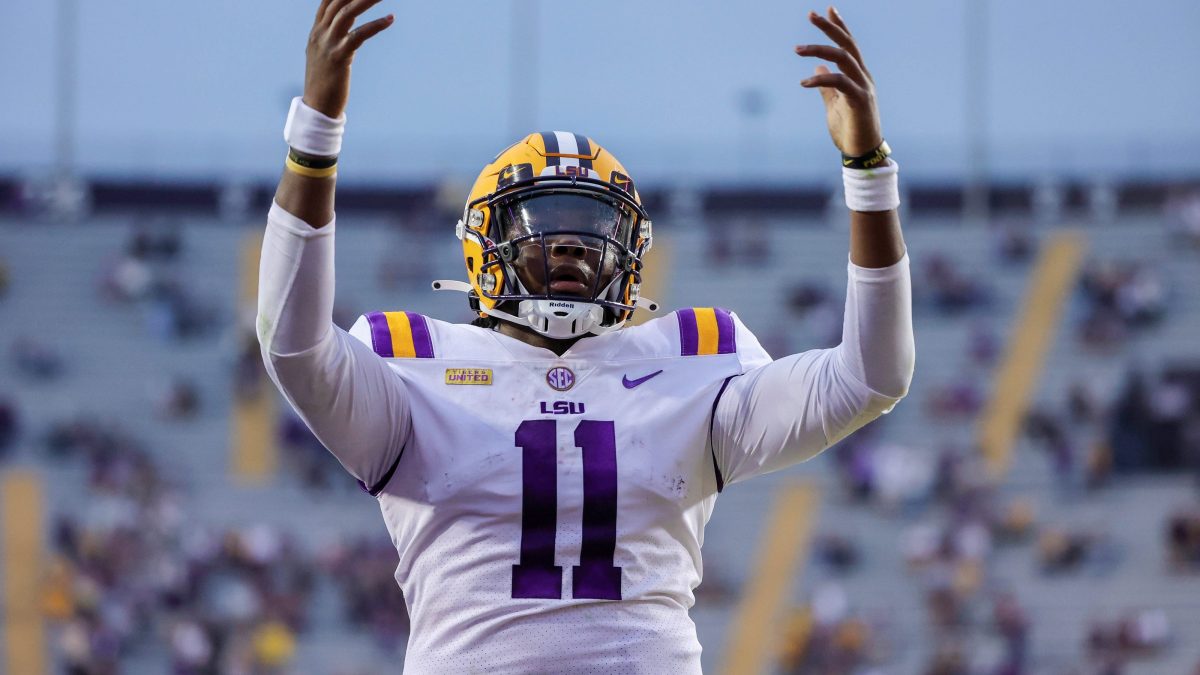 Playing at home for the first time since the season opener four weeks prior, LSU (2-2) scored on the ground, through the air, on defense and on special teams to roll past South Carolina (2-3).

After the Gamecocks cut LSU’s 31-10 halftime advantage to two scores, LSU’s Trey Palmer scored on a 93-yard kickoff return that broke a 39-year span between such touchdowns by LSU in Tiger Stadium. The most recent was by Eric Martin, 100 yards against Kentucky on Oct. 17, 1981.

Finley, who became the eighth true freshman quarterback to start for LSU since World War II, completed 17-of-21 passes for 265 yards with an interception and two touchdowns to wide receiver Terrace Marshall Jr. Finley also ran for LSU’s first touchdown – a 1-yarder midway through the first quarter. Marshall finished with six catches for 88 yards, while tying the program record for consecutive games with a receiving touchdown at seven.

Defensively, LSU true freshman cornerback Eli Ricks intercepted a pass for the third time in his four games as a Tiger, this time returning the pickoff 45 yards for a touchdown that put LSU ahead 31-10 just before halftime.

Though the contest included only one punt (by South Carolina), the Tigers defense stiffened in its half of the field. LSU forced four field goal attempts – three were missed from the 37, 17 and 23-yard lines – and another turnover on downs at the LSU 41.

The game was officially “Homecoming” at LSU, however, the 2020 on-campus celebration was muted due to the pandemic. During a halftime ceremony from the student section of Tiger Stadium, Anna Jones and Justin Lorio were announced as queen and king.

LSU returns to action on Saturday, Oct. 31, when traveling to The Plains to face Auburn at 2:30 p.m. CT on CBS and the LSU Sports Radio Network.