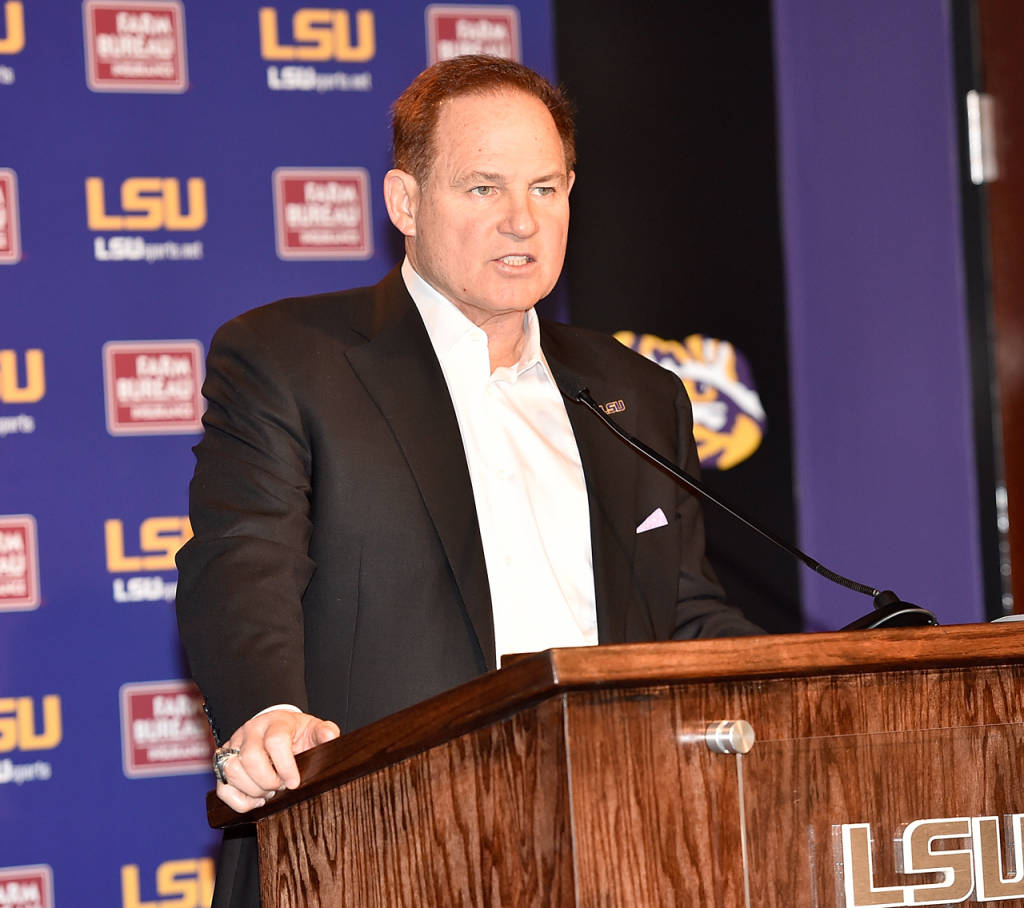 LSU will return 19 seniors and 18 starters for 2016. The Tigers currently hold the No. 1 Recruiting Class in the nation thanks to the recent commitment of 5-Star DT Rashard Lawrence. Les Miles, along with a handful of returning juniors talked at the Friday press conference. Miles was joined by Tre’Davious White, Kendell Beckwith, Lewis Neal, Christian LaCouture, and Ethan Pocic. Here is what Les Miles and the returning juniors told the media:

“Anytime you make a decision of this magnitude, you certainly lean on your family and you lean on those loved ones”

“We recognize as a coaching staff that this is their decision.”

“It’s a personal decision. We pass along information. We try to advise as best we can but again it’s their decision.”

“They felt as a group that there is just more to accomplish. Each of these guys can improve their draft position; get their degrees by next December.”

“They put a premium on their education, their teammates and they also want to play in a championship game”

“The NFL will be there for these guys. They are going to postpone wealth with the idea that there is more to do.”

“Anytime you do that it speaks to the quality of the people. This means that 19 seniors will return next year and 18 starters.”

“We will return every rushing yard and 95 percent of our passing yards.”

“Kendell Beckwith is a two-year starter and a returning leading tackler. He is really the kind of glue to the defense.”

“Tre’Davious White is a 3.0 student and SEC Academic Honor Roll member. He is a three-year starter and our punt returner.”

“He is one of the very skilled corners in our conference.”

“Ethan Pocic is a two-year starter on offense. He has great knowledge of the line.”

“On the defensive end, Lewis Neal was among the SEC leaders in sacks with eight and 9.5 tackles for loss.”

“Christian LaCouture was a three-year starter and one of those guys that made it awfully tough for our opponents to win the football off the center.”

“It’s a great nucleus for a championship team. We have some young guys to go alongside them. They’ll be awfully happy with this decision.”

“After talking it over with my coaches and family, I decided to return for my senior year of college. LSU has really been a dream come true for me. To play Division I at the highest level in the SEC is a dream come true, said Christian LaCouture.”

“We feel after talking it over that we have a real legitimate shot to make the playoff and win a national championship, said LaCouture”

“At LSU we expect championships, and we want to leave here with one, said LaCouture.”

“I’m just happy to be back because it’s been a great feeling to play for a school like LSU, said Lewis Neal.”

“When I was growing up, I never watched LSU or football like that. I played basketball a lot. When I was recruited by Coach Miles, he gave me the opportunity to come and get a great education and play at a high level, said Neal.”

– “You only get these moments once in your life. You have to cherish these moments and play great football for LSU to get a national championship.”

“We are going to do our jobs to go out and get a championship (next) year, said Neal.”

– LSU will open up vs Wisconsin at Lambeau Field next season.

– OL Willie Allen and DT Rashard Lawrence both committed to LSU, as the Tigers reclaimed the No. 1 class in the nation.

– Defensive players “love” Dave Aranda’s scheme and what he brings to LSU. Football and No. 8 UCF square off in Fiesta Bowl