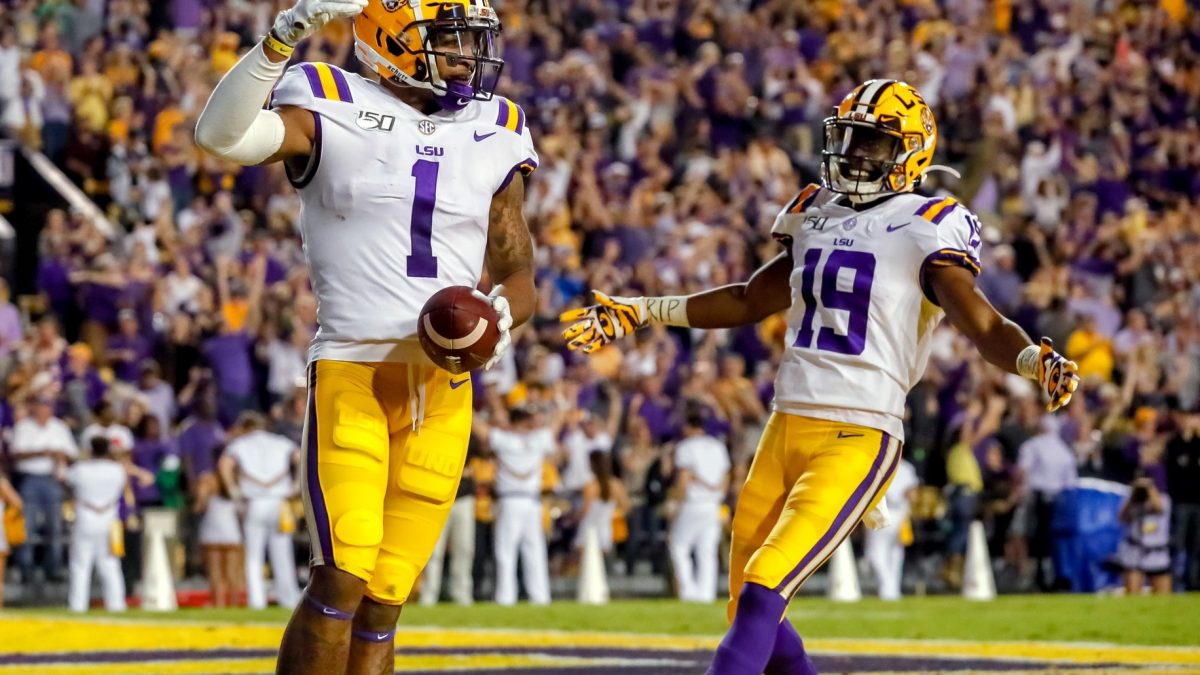 Texas A&M won the toss and elected to defer. It was at that moment the Aggies lost the game.

Quarterback Joe Burrow and the high-potent LSU offense went right down the field and scored, and right then and there everyone in Tiger Stadium knew this one could get ugly quick.

LSU was surprisingly leapfrogged by Ohio State on Tuesday for one reason: the Buckeyes were viewed as a more ‘complete team’ in the eyes of the College Football Playoff committee.

Well, on Saturday night, LSU took it personal and pitched a complete game in all three phases in a thorough 50-7 drubbing of divisional rival Texas A&M. The Tigers held Texas A&M to 169 total yards and netted 553 yards of offense themselves behind another explosive performance from Burrow, Chase and Jefferson.

Burrow was his usual self, going 23/32, for 352 yards and 3 touchdowns on Senior Night. Before the game, LSU’s Heisman-frontrunner donned a jersey that read “Burreaux” on the back as a tribute to the state of Louisiana and the University.

The idea for the jersey was Burrow’s alone. “It came to me early in the week,” Burrow said. “I went to our equipment guy to see if we could get it done. I thought it would be an awesome tribute to the state and the University.”

With the win, the Tigers improve to 12-0 and will face Georgia next Saturday in Atlanta (Ga.) for the SEC Championship. Kickoff is scheduled for 4 p.m. CT on CBS.

Everything Ed Orgeron said at his Monday SEC Championship luncheon

Kristian Fulton out for a while with ankle injury