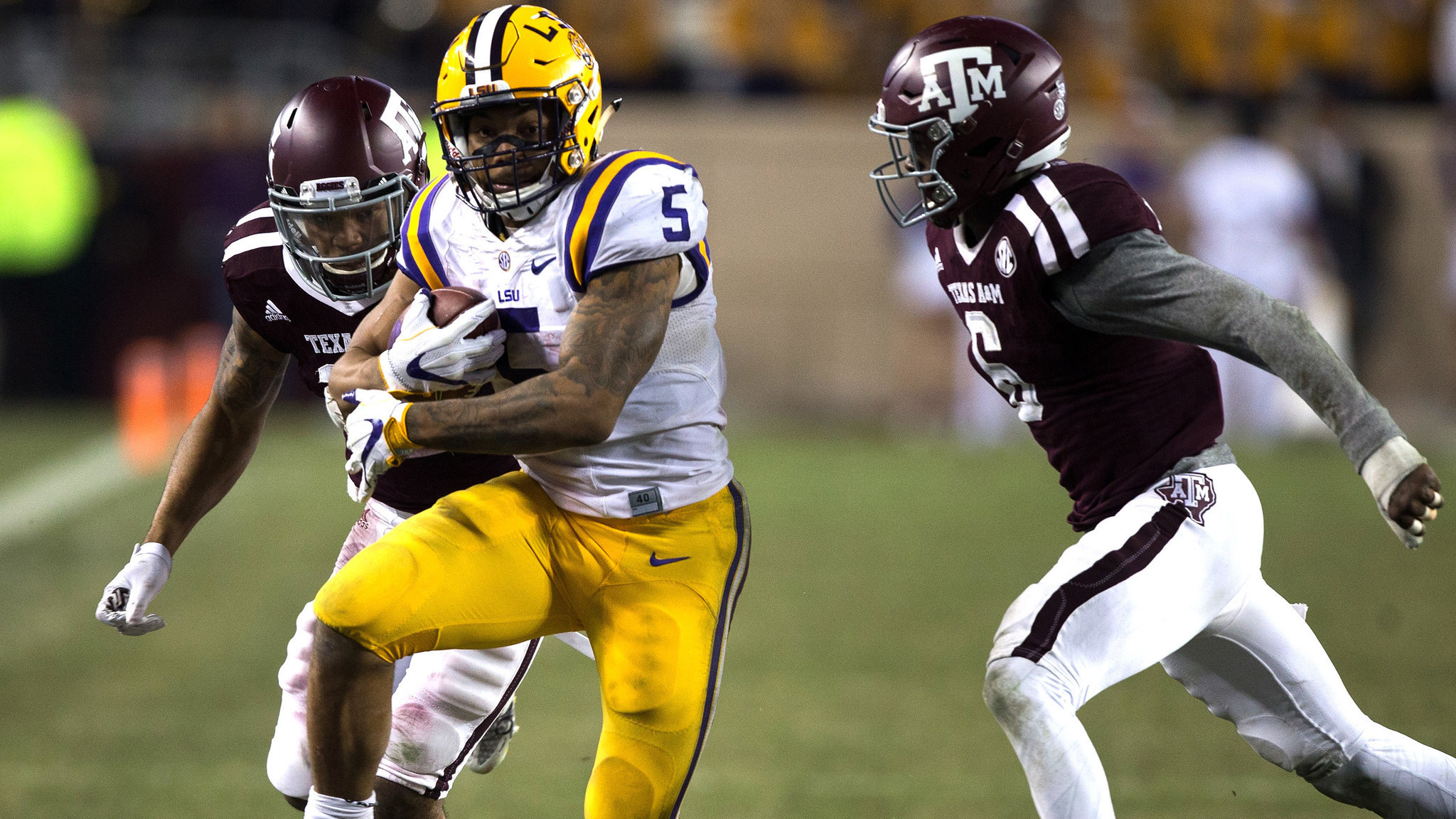 Once again, there was no let down in Ed Orgeron and the LSU Tigers.

In the regular season finale, Derrius Guice and the Tigers put on an offensive display that we haven’t yet seen from them this season. After last week’s brutal heartbreak, LSU was motivated to keep pushing on all cylinders, mightily exposing Texas A&M, gaining 622 yards of total offense. The Tigers didn’t have a turnover either, as the team looked focused on winning an important Thanksgiving game on national television.

Before the contest, some unexpected injury news broke that WR Travin Dural and DE Arden Key would not be dressing due to injuries, two key players for LSU on offense and defense. However, Etling and the offense didn’t let it become a problem, putting a jaw-dropping fifty four points on LSU’s former defensive coordinator, John Chavis, and finished the regular season at 7-4.

Derrius Guice broke Fournette’s single game rushing record by one lone yard, racking up 285 yards on the night with four touchdowns. Danny Etling had his best game this season, going 20-28, for 324 yards and 2 TDs.

The game, although smooth sailing for LSU, wasn’t so much off the field. Multiple reports came out that Houston’s Tom Herman was going to be the Tigers’ next head football coach, and the school issued a statement DURING THE GAME that emphasized the rumors were false. The coaching search is down to two candidates: Ed Orgeron and Tom Herman, and I would expect a decision as early as tomorrow.