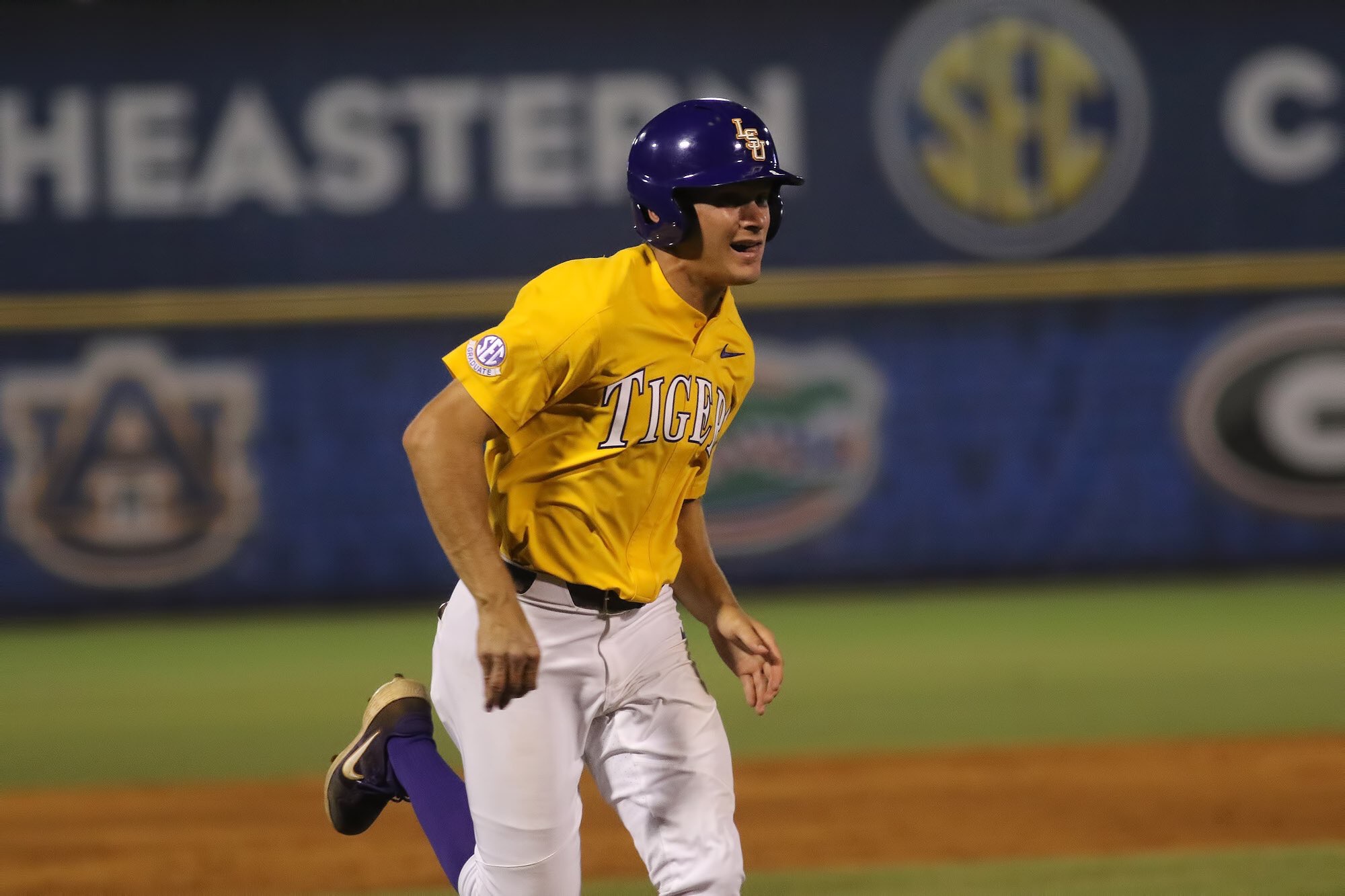 Exactly how Paul Mainieri drew it up, right? I don’t think so.

LSU had nearly no pitching depth entering tonight’s game. In fact, Coach Mainieri said yesterday that he may have to pick a name out of a hat to decide the starting pitcher.

Clay Moffitt was apparently the name he drew — and he shined.

Despite the lack of depth and the sudden loss of Cade Beloso to injury, the Tigers dominated Mississippi State, 12-2, advancing to Saturday’s semifinal game vs. 1-seed Vanderbilt. Whatever happens tomorrow vs. Vandy is virtually lagniappe as the Tigers all but locked up a regional host with tonight’s 10-run rule of a likely national seed.

Mississippi State pulled JT Gin, the SEC freshman of the year, in the third inning before Clay Moffitt, who would later be pulled himself in the bottom of the third. Aaron George came in after Moffitt and threw 2 2/3 shutout innings, then Chase Costello threw two shutout innings of his own. You couldn’t write a better script.

As far as tomorrow’s starter, Paul Mainieri doesn’t know yet.