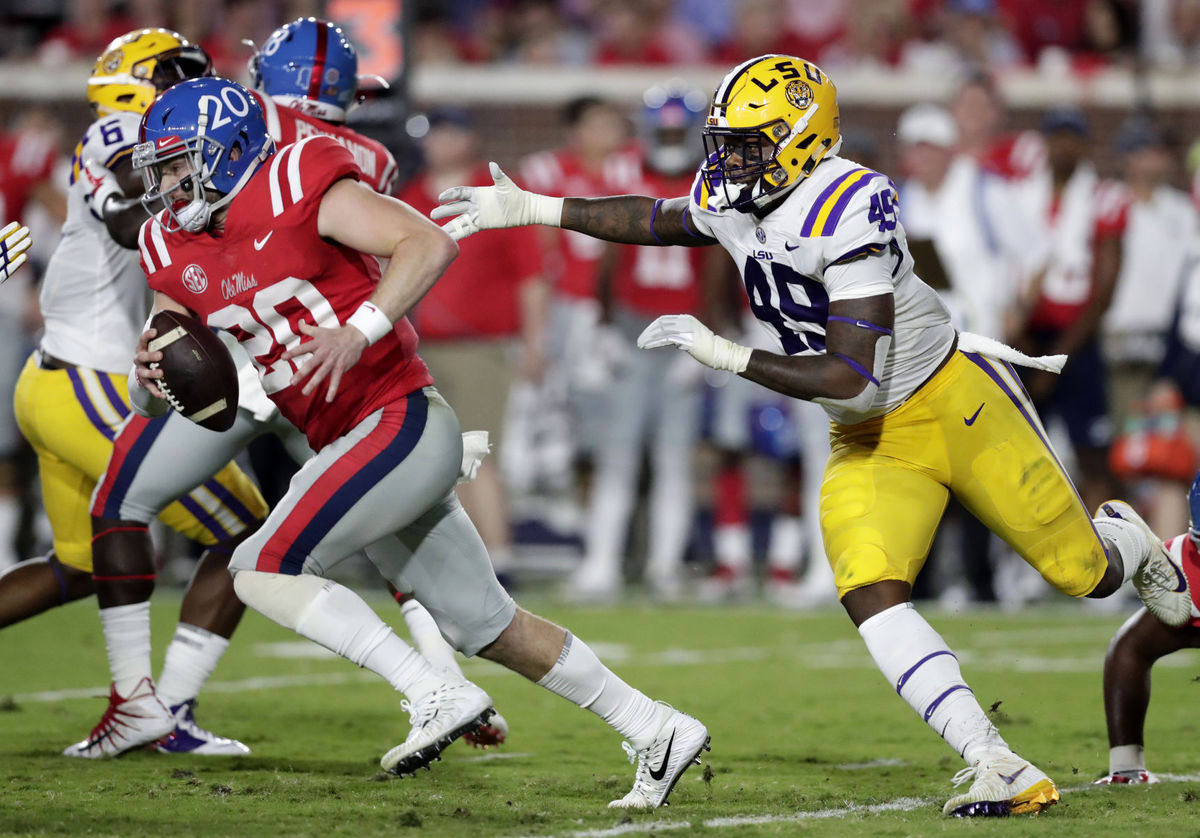 Quick Gamer: History was made in Oxford.

LSU running back Derrius Guice ran for 276 yards and a touchdown, becoming the only player in SEC history with 3 games of 250+ rush yards. Quite simply, vintage Derrius Guice was back, and he looked fantastic.

“Tremendous job by our team. Three SEC victories in a row,” said Orgeron.

With the win, LSU becomes bowl eligible for the eighteenth straight season, taking great momentum into Tuscaloosa for a primetime matchup against Alabama. Ed Orgeron also matched his number of SEC wins in 3 years as Ole Miss’ head coach in the matter of eight games at LSU.

Guice wasn’t the only player that made a “tremendous” impact. Defensive end Arden Key notched two sacks and looked the healthiest he’s been all season. With Guice and Key healthy, LSU is a totally different team. Period.

“I knew this game in particular meant a lot to Coach O because of his history here,” Guice told The Advocate.

Darrel Williams broke some history behind the scenes, as well. He became the first player in LSU history to have 100 yards receiving and rushing.

LSU’s secondary forced three interceptions of Shea Patterson. Patterson reportedly suffered ligament damage in the second quarter, but returned after the half. Patterson will be out for the season, per the Ole Miss coaching staff.

The most under-looked stat of the night will be Connor Culp’s 4 straight field goals. Just a matter of weeks ago, Orgeron said the team didn’t have a placekicker, and he couldn’t have been more wrong. Culp is the first LSU kicker with 4 field goals in a game since Drew Alleman vs. Mississippi State in 2011. Surely, there will be no controversy at the position anymore.

LSU now enters their bye week before No. 1 Alabama on November 4th. Devin White will be key player on defense in 2017