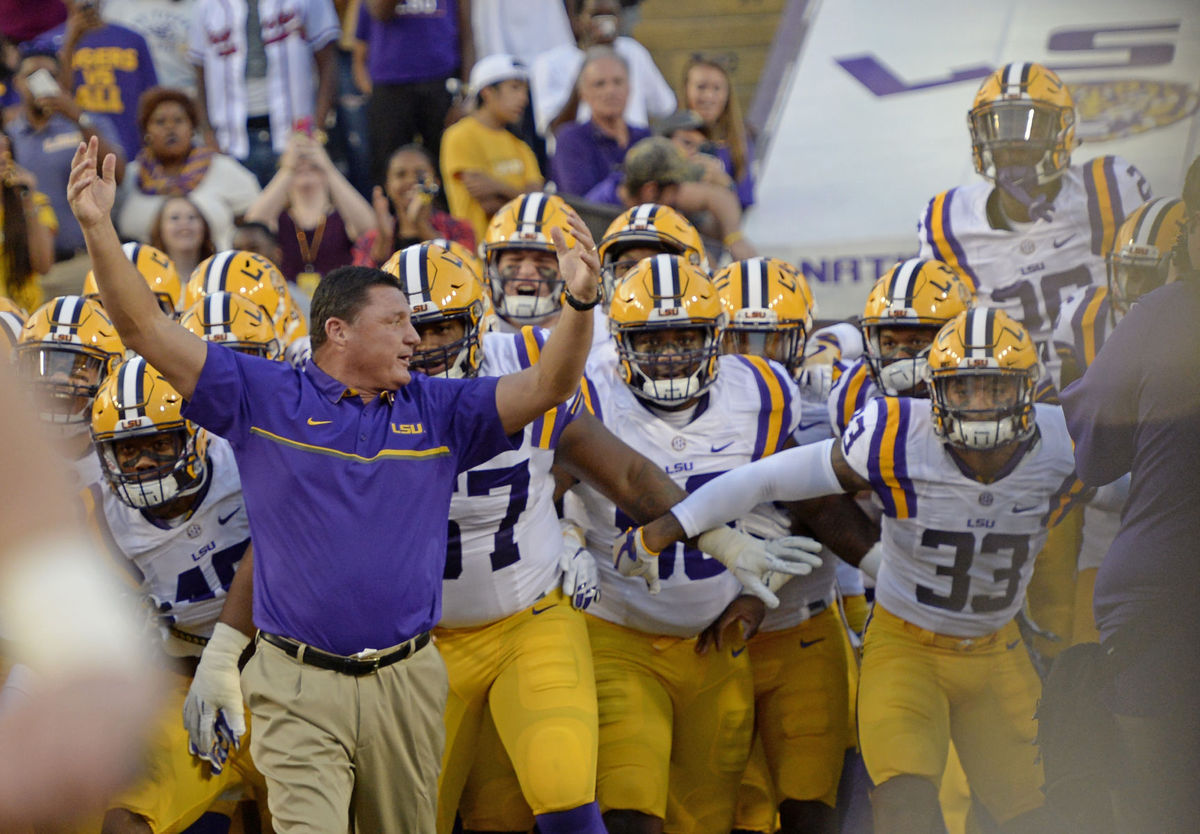 LSU finally looked like the team they were supposed to be coming into the season.

It was Saturday Night in Tiger Stadium, as if nothing had ever happened. The Tigers rode high into Death Valley under the leadership of their interim head coach, Ed Orgeron, and boy did they look energized. LSU jumped out to a 28-0 lead behind three touchdowns from Derrius Guice. Leonard Fournette didn’t suit up for the game, he “wasn’t ready” after re-injuring his ankle at Auburn.

It was pure domination for LSU. Danny Etling was poised in the pocket, going 19/30, with 216 yards. The Tigers’ defense was stellar, keeping a versatile Drew Lock in check the entire night. Missouri, who was the SEC’s best offense by statistics, went silent for sixty minutes in Baton Rouge. Guice wasn’t the only one involved in the Tigers offense, Darrel Williams found the end-zone three times with 130 yards. The Tigers had two running backs over one hundred yards, with a combined six touchdowns. Coach O says: “I’ve been seeing those boys run and I’m excited about them.”

Why should we be positive after this game? LSU played the best they have all season. Malachi Dupre, who has been struggling, caught four balls for 37 yards, in his best outing of the year. The offense was loose and executed most of their plays. Orgeron said the offense “did some things, maybe same play in a different formation.”

LSU will play No. 18 Florida next Saturday. Photo via the Advocate – Baton Rouge