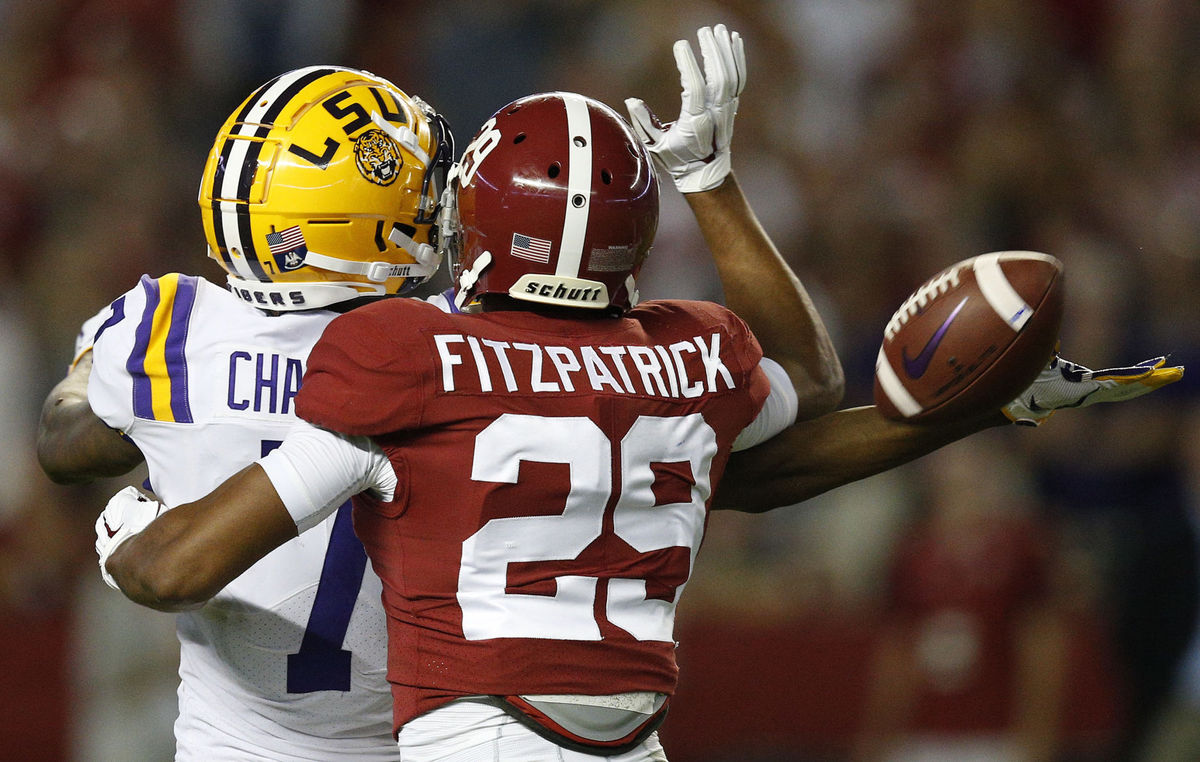 LSU is not a program that should ever believe in moral victories, but last night’s performance in Tuscaloosa showed plenty of positive attributes.

Matt Canada was hired this offseason for this game. LSU’s offensive performances against Alabama in recent years have been nothing short of a disaster, but last night showed a step in the right direction. Canada and the Tigers’ offense netted more total yards (306) than the Crimson Tide.

“There’s a lot of belief in that locker room right now,” Orgreon said.

The run game was efficient with Derrius Guice and Darrel Williams, however, the jet sweep, which has been the backbone of the offense for most of the season, was ineffective. The jet sweep didn’t gain more than 8 yards.

Defensively, Dave Aranda executed a perfect game plan. LSU’s defensive performance was the best of the season, notching four sacks with a phenomenal pass rush. LSU’s defensive backs did, however, have trouble with man-to-man coverages. Kevin Toliver was beat multiple times for explosive plays that seemed to be the difference in the contest.

“We couldn’t cover their receivers man-to-man like we usually do,” said Orgeron.

Off the edge, Arden Key was dominant. Key, by far, played his best game of year, creating constant pressure and problems for Alabama’s stout, pro-level offensive line. Key’s pressure on Jalen Hurts kept the Tigers’ defense off the field.

“He sure looked good tonight. He came to play,” said Orgeron on Key.

The story of the night, however, will be LSU’s missed opportunities on offense. On multiple occasions, Etling overthrew wide open receivers on the deep ball. Etling went 12/26 for 137 yards and an interception. In fairness, Etling did do a commendable job on third downs, scrambling out of the pocket to find open receivers. D.J. Chark was LSU’s most productive wideout, catching 3 balls for 53 yards. The Tigers’ offensive line showed grit. With the absence of K.J. Malone, LSU started two true freshman against Alabama, and actually bought Etling quality time in the pocket.

Chark was given no chance to return punts. J.K. Scott continued his year-long streak of not allowing anyone to return one of his kicks. Scott’s eight punts averaged 51.6 yards, six of which were fielded inside of the 20.

LSU offensive linemen Garrett Brumfield shared that Orgeron told the team in the locker room: “You guys played your hearts out.” When asked about a possible Alabama hangover next Saturday, Orgeron quickly said “We’re coming. We’re coming and we ain’t backing down.”

LSU returns home next Saturday to take on Arkansas at 11 a.m. The Tigers open as an early 16.5-point favorite vs. the Hogs, per offshore lines. As usual, for more information, follow us on Twitter @InsideLSU/@HValentineLSU. Photo via The Daily Progress