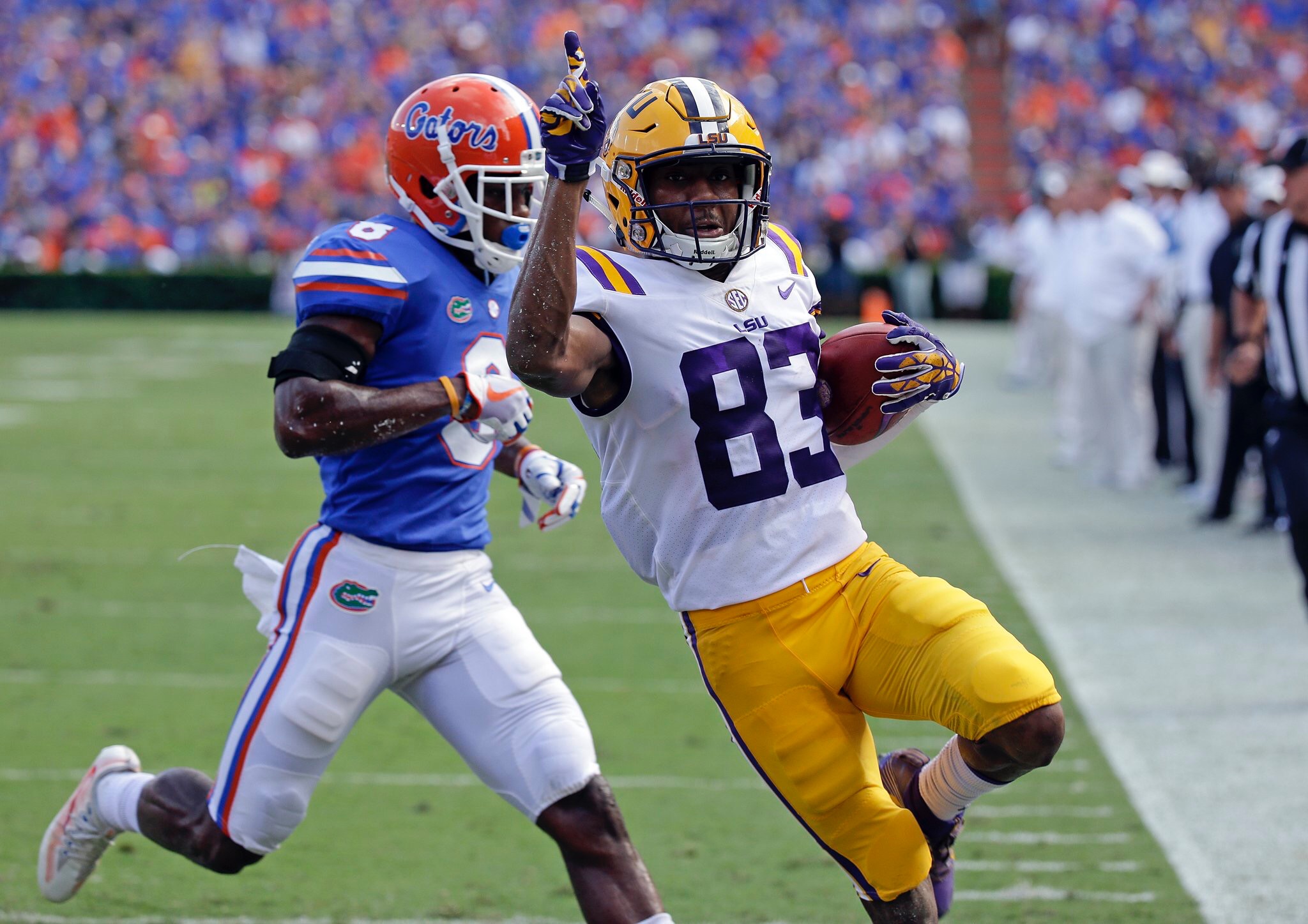 LSU (4-2, 1-1 SEC) came into this contest motivated with a clear chip on their shoulder and a goal to play with effort and energy. With many questioning the direction of the program after the loss to Troy, Orgeron, whether you like it or not, righted the ship on Saturday night.

Just a year ago, Florida humiliated LSU on their own turf as a hate-filled rivalry heightened in the midst of Hurricane Matthew. Florida head coach Jim McElwain said after their win that LSU “got what they deserved and it should have been worse.” The Tigers blocked out the noise all week, but didn’t forget McElwain’s arrogant words. The Tigers played a complete 60 minutes and earned the last laugh in Gainesville. Gator chomping and all.

“We showed true grit,” said Orgeron at his postgame presser.

Ed Orgeron rallied his team after a “tough week,” took them into the Swamp (on their homecoming) and came out with victory. Orgeron mentioned he thought the football team and staff got closer after the loss to Troy.

“I’m proud of our players and our coaching staff. What a tremendous job,” said Orgeron with Allie LaForce.

The biggest story was the emergence of offensive coordinator Matt Canada. LSU’s jet sweeps with receivers Russel Gage and D.J. Chark worked like charms for most of the night. The Gators had no answer for it. Derrius Guice and Darrel Williams, both limited, switched in-and-out for one another all game. It’s obvious Guice isn’t 100% yet. Interesting enough, showing some desperation, Canada even implemented designed runs for Danny Etling, who ran for 26 yards on 9 carries and some key first downs.

“We were not going to make an excuse tonight,” said Orgeron postgame.

Devin White was LSU’s clear MVP on defense. For the fourth straight game, White racked in double-digit tackles, notching 13 yesterday against Florida. Arden Key looked improved, forcing decent pressure on Feleipe Franks, however, still did not look 100% back to his normal self.

LSU’s offensive line struggled, but showed incredible mental toughness. The Tigers suffered injuries throughout the course of the night, resulting in Orgeron having to start three true freshman during certain parts of the game. (Austin Deculus, Saahdiq Charles, Ed Ingram)

“They didn’t blink,” said Orgeron on his offensive line.

Orgeron said LSU had their best week of preparation all year. During his postgame presser, he told the media that the players had the mindset all week that they “wouldn’t be denied” against Florida on Saturday. He then recognized the team’s resiliency, saying “we came up with plays when we needed them.”

LSU will host No. 10 Auburn in Tiger Stadium next Saturday on CBS. As usual, for more information, follow us on Twitter @InsideLSU/@HValentineLSU. Beautiful Architecture That Will Blow Your Mind