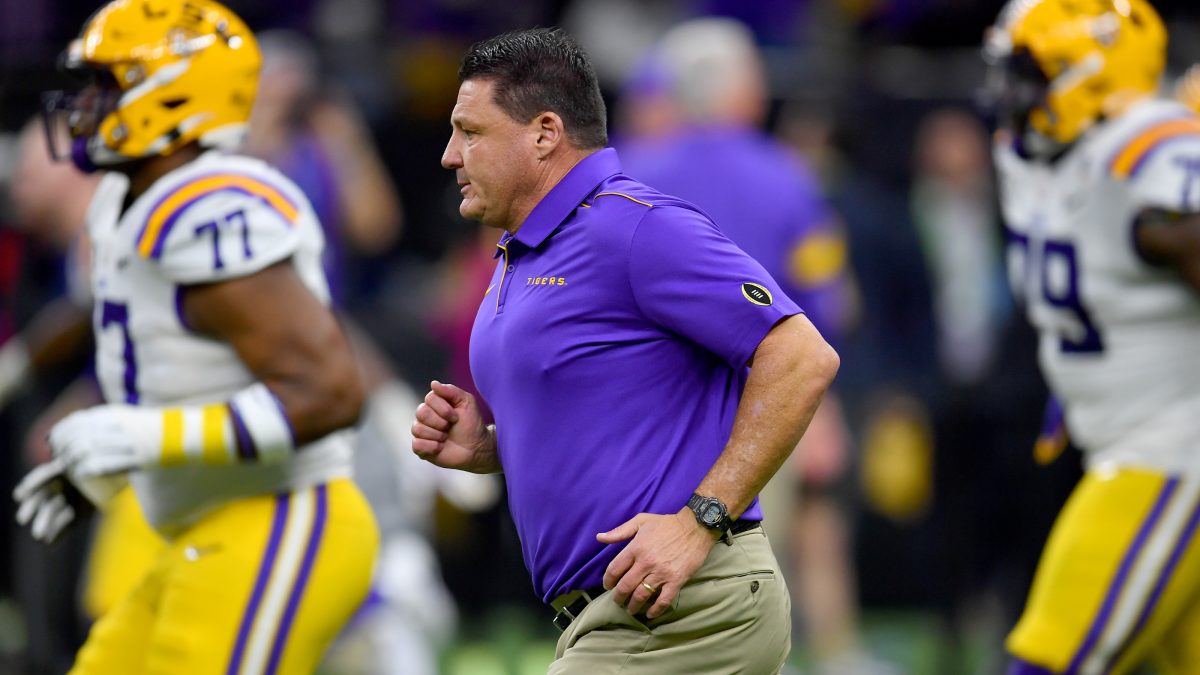 Despite only returning six starters from last year’s historic National Championship team, LSU remains squarely in the hunt as one of the favorites to win the title in 2021, according to the latest odds.

The Tigers are set to begin the season on Sept. 26 against Mississippi State in Tiger Stadium, kicking off the new 10-game, conference-only schedule.

A favorable slate early could lead to a 3-0 start out of the gate, but meetings with Florida, Alabama and Auburn could spell trouble with a young and inexperienced group. For Ed Orgeron and the Tigers, they have no other option but to trust who they’ve got.

“I feel like we can go out there and do the same thing we did last year,” said junior receiver Terrace Marshall on Thursday. “We’re LSU. We’re always stacked. It’s next man up.”

Clemson and Alabama are most likely to hoist the CFP trophy this season, but Georgia, LSU and Notre Dame have joined them atop the board.

Losing 20 players to the draft, along with four key opt-outs, there’s no question LSU will have its hands full in their quest to repeat, but the talent remains plentiful in Baton Rouge.