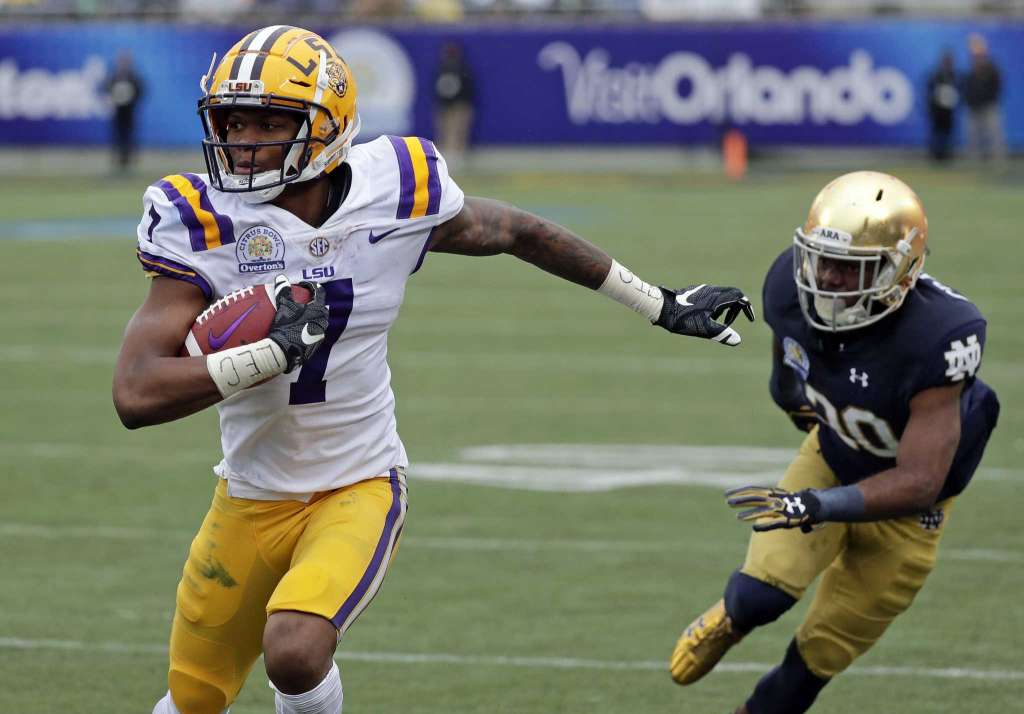 ORLANDO, FL — A fitting ending to a sloppy performance in Orlando.

LSU leaves Camping World Stadium with a lot of questions to be answered. The Tigers’ special teams posted their worst performance to date … and it was ugly. LSU missed two chip-shot field goals early in the contest and D.J. Chark muffed a handful of punts. With all of this, the Tigers had the lead in the fourth quarter with a clear chance to win their 10th game.

LSU’s offense just couldn’t execute in the red zone.“We just couldn’t finish the drives that we needed to finish,” said Guice. Failing to punch it in on the 1-yard line twice, LSU’s field goal kicking did not bail them out either. Ed Orgeron clearly does not have a capable kicker on this roster; however, he did sign the top Division II kicker in Cole Tracy just a month ago.

Now that the 2017 LSU football season has concluded, we will now wait to find out about the fate of offensive coordinator Matt Canada, who reportedly is expected to be let go after the Citrus Bowl. This is a distraction that may have played a role in LSU’s offensive struggles. Canada has just finished his first season in Baton Rouge and has made it clear he wants to return.

Derrius Guice also noted post game that he and Orgeron will sit down and have a conversation about his future. Nothing has been decided as of yet. In possibly his last game wearing an LSU jersey, Guice did join elite company today becoming the 5th player in school history to rush for more than 3,000 yards. (Faulk, Hilliard, Alexander and Fournette the others)

Defensively, LSU played spectacularly for most of the game, especially without senior starters Arden Key, Donnie Alexander and Corey Thompson. The SEC’s leading tackler Devin White finished the season with 133 total tackles … and he will be back next season.

LSU ends Ed Orgeron’s rollercoaster first season 9-4; however, the Tigers do return a lot of young talent in 2018. For more on this, follow us on Twitter @InsideLSU/@HValentineLSU. * This story is to be updated hourly.