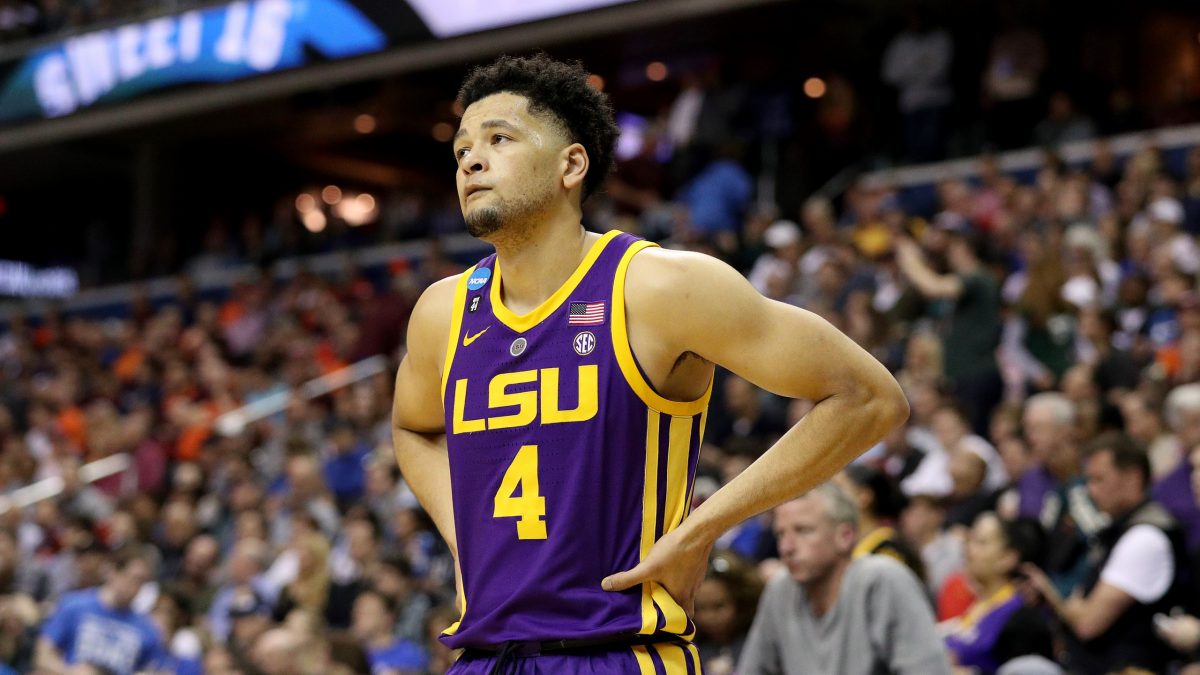 WASHINGTON, DC - MARCH 29: Skylar Mays #4 of the LSU Tigers reacts against the Michigan State Spartans during the second half in the East Regional game of the 2019 NCAA Men's Basketball Tournament at Capital One Arena on March 29, 2019 in Washington, DC. (Photo by Patrick Smith/Getty Images)
Basketball

A J’Von McCormick floater with 0.1 remaining in overtime put a dagger in LSU’s heart, giving No. 11 Auburn the comeback win on Saturday inside Auburn Arena.

Doughty, McCormick and Cambridge all posted 26, 23 and 21 points respectively.

Next, LSU returns home to face Missouri on Tuesday for an 8 p.m. tip on the SEC Network.