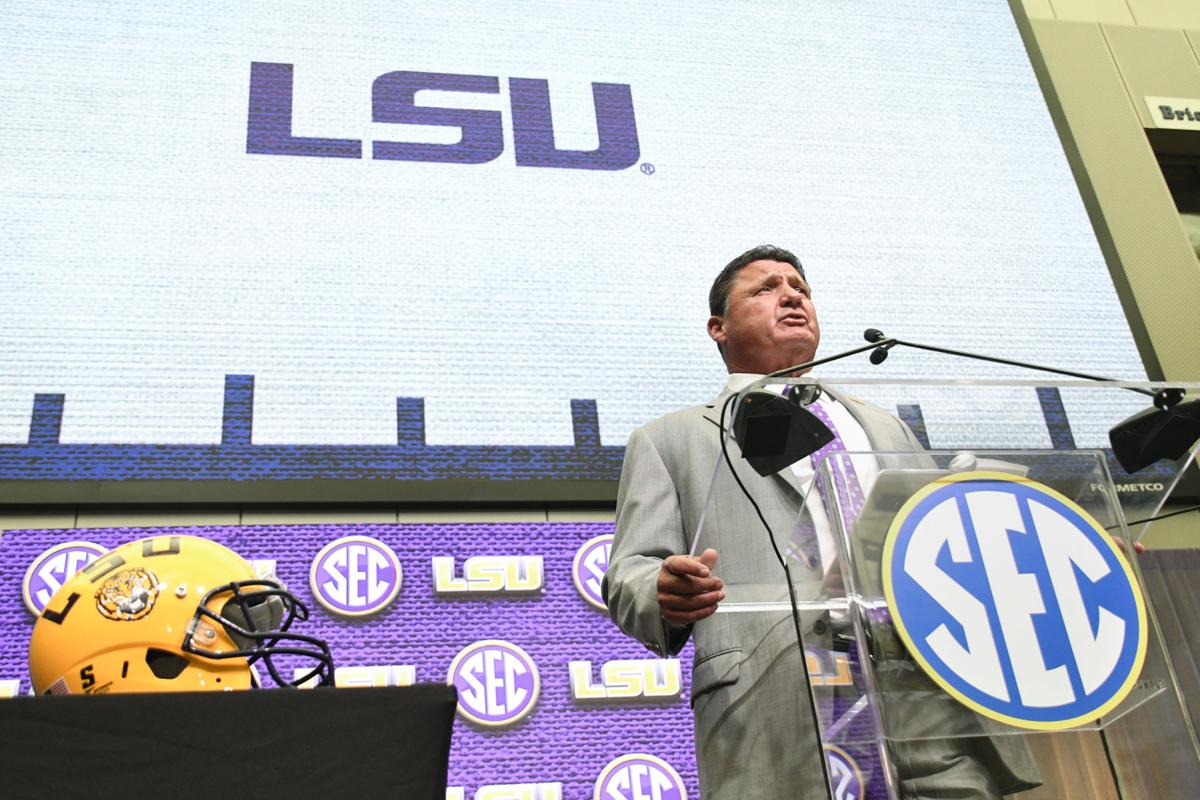 It’s the unofficial kickoff to the college football season.

Commissioner Sankey, LSU, Kentucky and Texas A&M took the podium at the College Football Hall of Fame here in Atlanta, addressing the upcoming season and more. For Jimbo Fisher, it was his debut in the Southeastern Conference and the lights have never been brighter. “[A&M] was an opportunity and challenge that I didn’t want to walk away from,” said Fisher on leaving Florida State.

Fisher won a national championship in Tallahassee and holds the highest winning percentage in school history. However, that wasn’t enough to keep him there. “I have unbelievable memories of Florida State. I have great respect,” he said. Fisher knows that expectations are mounting and the expectation of immediate success is as high as ever. “Everybody wants things quickly. That’s just the world we live in,” Fisher said.

At 4 o’clock, Ed Orgeron took the podium and talked a lot about first year offensive coordinator Steve Ensminger. “So excited to have him. He puts the ball in our playmakers names,” said O. “And all the while I was saying: ‘Steve Ensminger is the guy, and if I have the chance, I’m going to hire him.”

Orgeron also fielded questions regarding the offense. “We’re going to be a spread offense.”

The important and anticipated question stood with the quarterbacks. Orgeron said he would “like the competition to be settled in fall camp,” between Joe Burrow, Myles Brennan and Lowell Narcisse.

Another SEC Media Days for the Tigers, the second for Ed Orgeron, is in the books. Now, the focus turns to Miami, for a Sunday night showdown in Jerry’s World.