Home > Other > LSU takes momentum to Oxford vs. Ole Miss 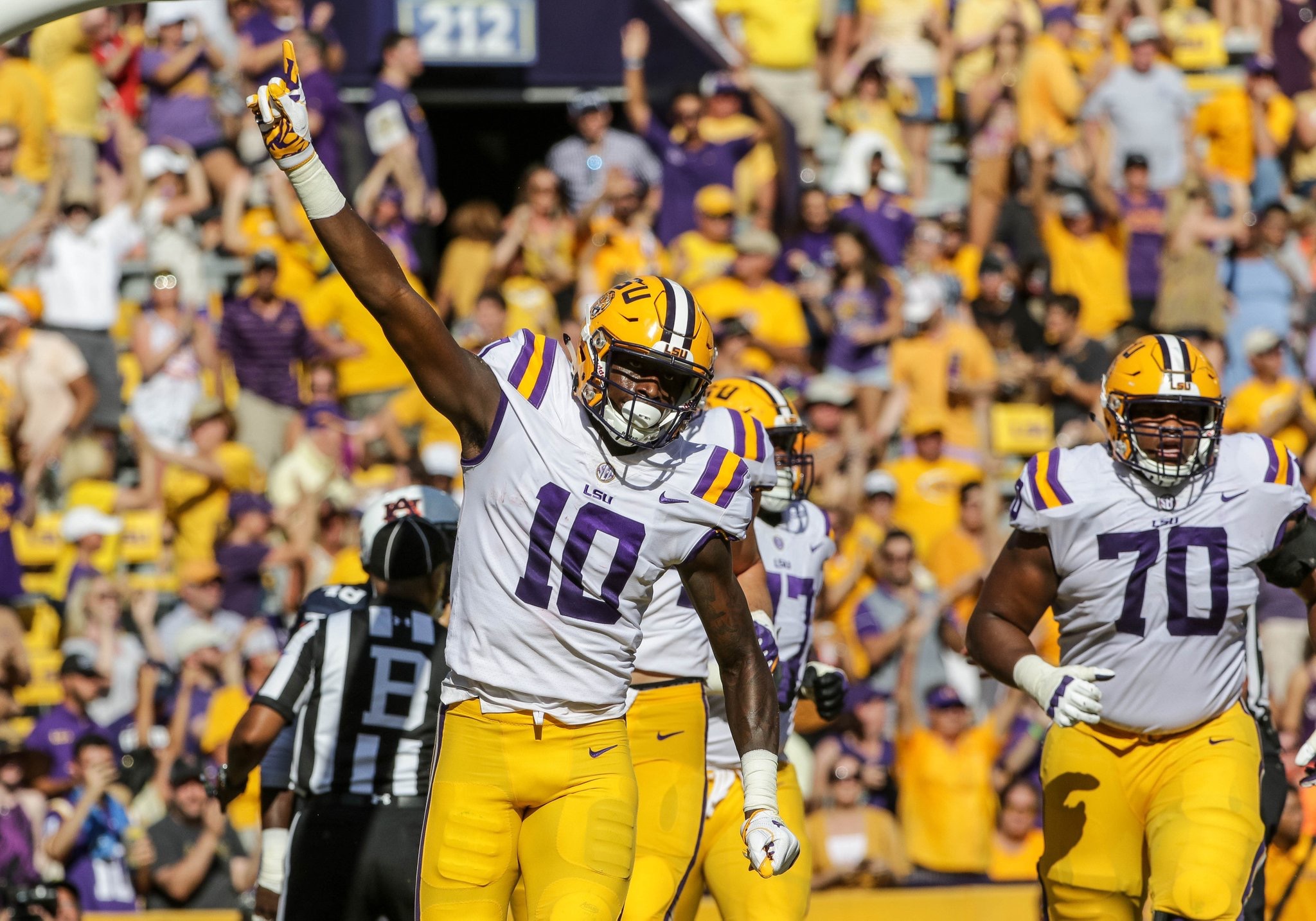 Ed Orgeron is back at Ole Miss, and he’s made it very clear the game isn’t about him.

As the head ‘ball coach of the Rebels just ten years ago, Orgeron posted an abysmal 10-25 record, telling the media yesterday “he didn’t get it done” during his time there. This time he makes his return, except in better colors.

LSU enters the contest with incredible confidence. After last week’s thrilling upset of No. 10 Auburn, Orgeron is ready to lead his team into Oxford for another monumental win. The Tigers will be fairly heathy in all phases. Orgeron told the media at today’s teleconference, however, that Toby Weathersby and John Battle remain “questionable” for Saturday. LSU will face Ole Miss for the first time against new (interim) head coach Matt Luke.

First, Ole Miss has one of the SEC’s most dynamic quarterbacks. Shea Patterson is averaging 355 yards per game, currently the most yards in the Southeastern Conference since Johnny Manziel.

“They’ve got one of the best quarterbacks that we’re going to face,” said Orgeron on Patterson.

The Rebels also have some of the best receivers the Tigers will see all year with A.J. Brown and Van Jefferson. Dave Aranda should have his hands full in a game that seems to have the make-up of a “trap” after last week’s emotional win.

One aspect that deserves praise has been the play of sophomore linebacker Devin White, who remains the backbone of Aranda’s defense. White leads the SEC in total tackles and has had double digit tackles in every game this season. On the defensive line, Arden Key is still looking to lose some of that summer weight. He’s been doing it the old fashion way this week in practice, wearing a hoodie under his pads in the heat.

Aranda held Auburn’s offense to 64 total yards in the second half last Saturday. Orgeron said he called the game with “ice in his veins.” LSU will need that again in Oxford against a very talented and underrated unit. harrisonvalentine, 2 years ago 1 min read
8.2
Other