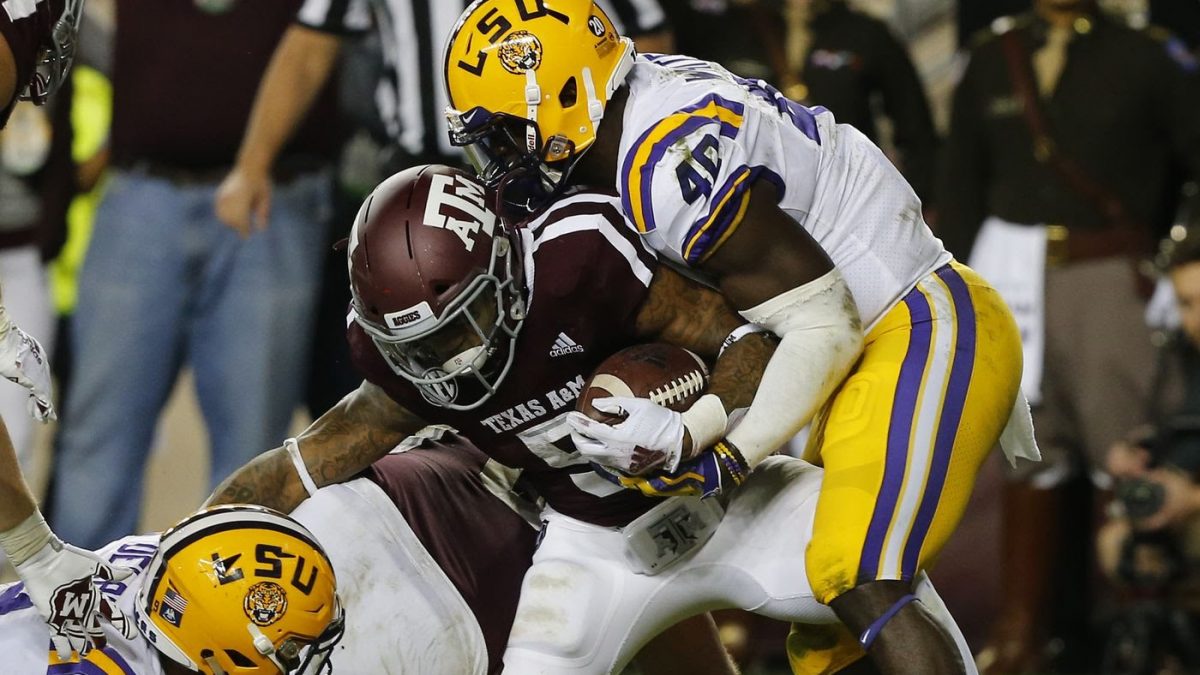 SEC Media Days has certainly added to a budding rivalry between LSU and Texas A&M.

After the two teams clashed for seven overtimes and nearly five hours on Nov. 24, players from each team have not been shy to take stabs at one another at media days this week in Hoover.

Texas A&M QB Kellen Mond told the media he thought the Aggies were in better shape physically to win that 7 OT game. “As you could see, a lot of the LSU players were cramping. And obviously we were standing tall on both sides of the ball,” said Mond.

LSU players from past and present fired back on Twitter and expressed their thoughts on Mond’s comments. Is the LSU-A&M rivalry becoming the new ‘hot’ matchup in the SEC? Last year’s classic may just be the start.

"As you could see, a lot of the LSU players were cramping. And obviously we were standing tall on both sides of the ball."

LSU players, coordinators meet with the media Tuesday in Atlanta