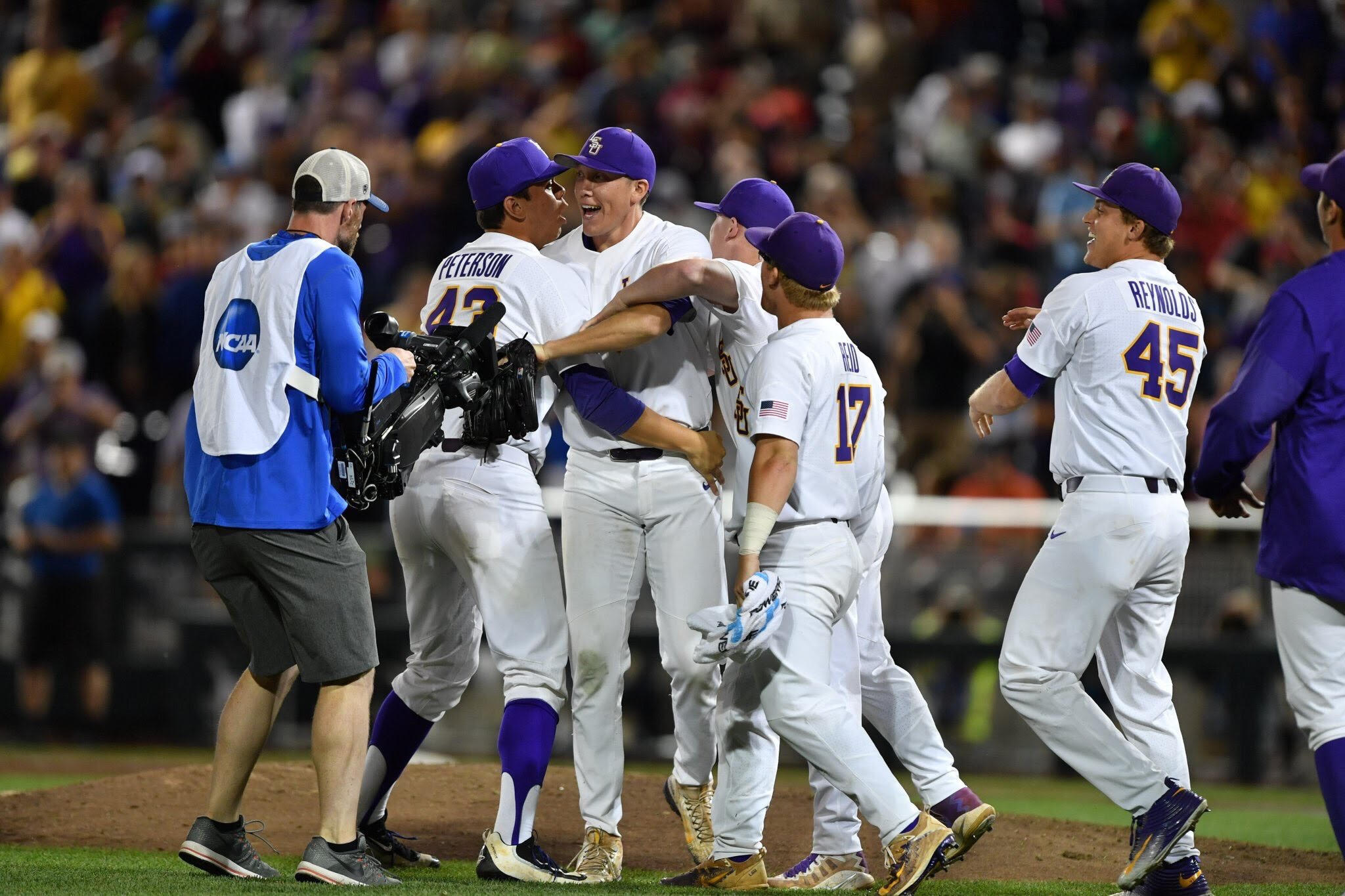 Last night, LSU came back to defeat Florida State 5-4 in the opening game of the College World Series. In the bottom of the eighth, LSU’s bats suddenly began to wake up. Sophomore Antoine Duplantis singled and scored Cole Freeman on an error to tie the ballgame, while Greg Deichmann singled himself to score Duplantis and give LSU the lead. A beach ball was propelled onto the field just minutes before LSU stormed back to take the lead, thus creating the #RallyBeachBall phenomenon.

Alex Lange posted 6 solid innings, giving up 7 hits and 4 earned runs. LSU LHP Jared Poche, who is usually a starter, entered in relief, throwing 2.2 innings, only giving up 2 hits and no runs. With 1 out left to get, Paul Mainieri brought in the freshman Zach Hess as he struck out FSU’s Busby to give the Tigers the win in Omaha.

Note: LSU will take on Oregon State in Game 2 at 6 p.m. CT on Monday. The game will be televised on ESPN. harrisonvalentine, 4 months ago 1 min read
Other