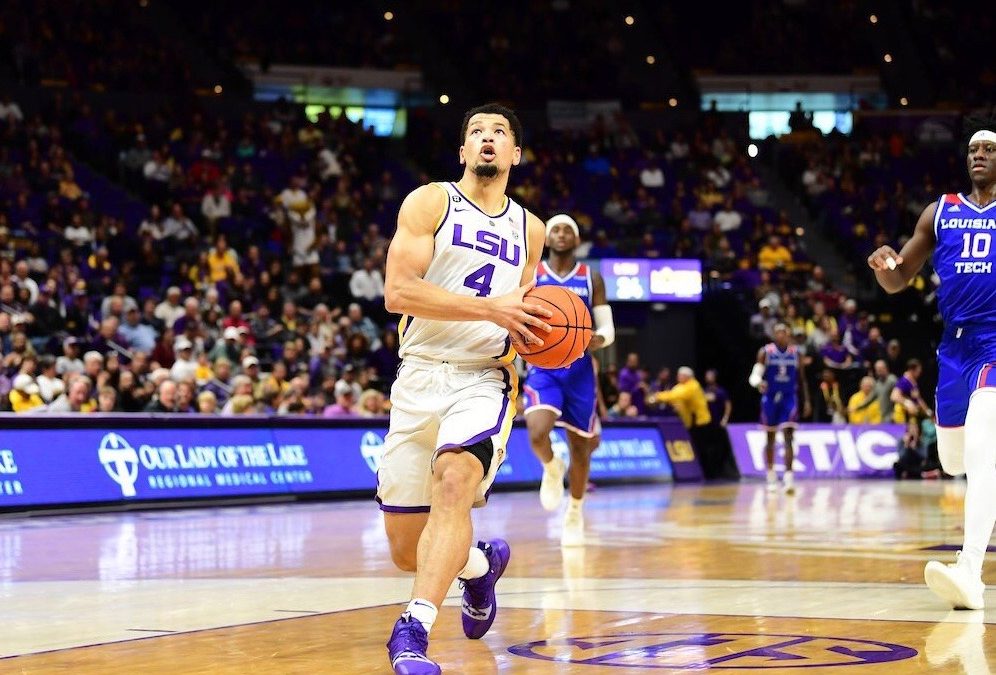 LSU men’s basketball will travel to face Louisiana Tech on Saturday at 4 p.m. at the Thomas Assembly Center for a charity exhibition game funding relief efforts for a tornado that hit Ruston in April. The game will not be televised or streamed, so follow @LSUBasketball on Twitter for updates or listen live on the LSU Sports Radio Network.

“Louisiana Tech, on top of that, is a very, very good team. They return five of their six leading scorers,” Wade said on Monday at his media availability. “They’ve got a very good backcourt, very, very good guard play. It will be a tough game for us. It will be good to see how our guys respond in a tough and difficult environment when things are moving fast. We’ll certainly be in plenty of those games coming up this season.”

Returning a bunch of talent from last year’s championship team, LSU was picked to finish third in the SEC by the media in the preseason poll. The Tigers will officially start the season on Nov. 8 at 7 p.m. vs. Bowling Green inside the Maravich Center.

LSU is one of eight schools with at least three players on @CBSSports' Preseason Top 101! #BootUp ?https://t.co/ASQLUBDzRa pic.twitter.com/uQ2X16nLfM